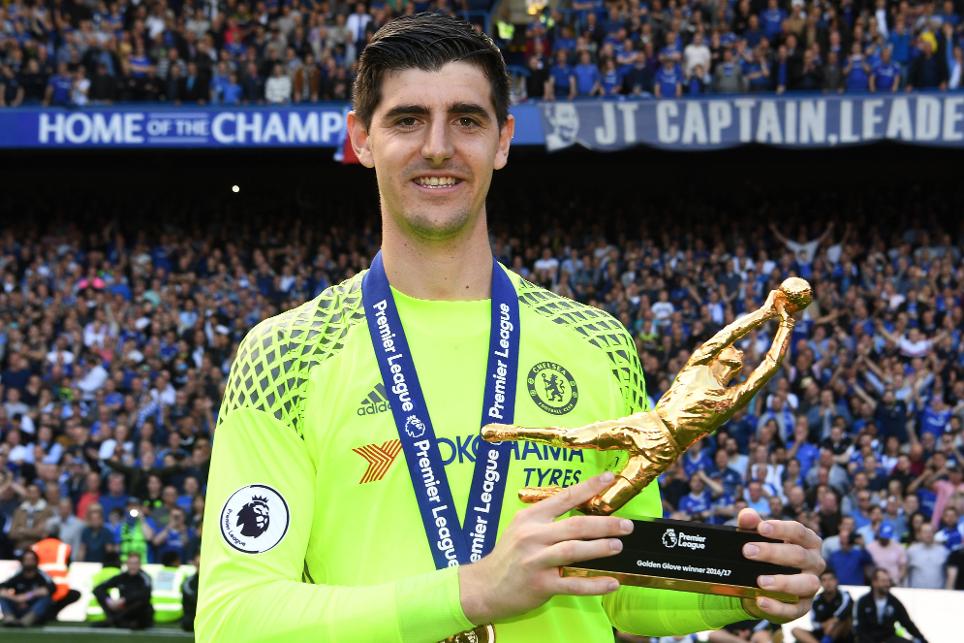 Terry, trophy and so much more External Link

The 25-year-old goalkeeper went into the final match of the season against Sunderland with 16 clean sheets and that is how it stayed as Javier Manquillo scored for the Black Cats in the third minute.

That left Hugo Lloris as his only challenger but Tottenham Hotspur also conceded in his side's 7-1 victory at Hull City, leaving the Frenchman on 15 clean sheets.

Courtois is the second Chelsea goalkeeper to win the honour, Petr Cech claiming it three times at Stamford Bridge.

"In a league like the Premier League it's very nice [to win the Golden Glove]," Courtois said. "I am very proud of it.

"I have to thank all of the team, you don't do it alone. Of course there were key saves that kept a clean sheet but all of the team defended well, it was a great year for everybody."

Courtois made 68 saves this season but one that stood out for him was when he denied Patrick van Aanholt and Sunderland an equaliser in stoppage time of Chelsea's 1-0 victory at the Stadium of Light in December.

"Not only was it a clean sheet but that kept our [winning] run going," he said. "If that would have gone in maybe we would have had a bad feeling.

"That was a good save and an important one for the league and a clean sheet."