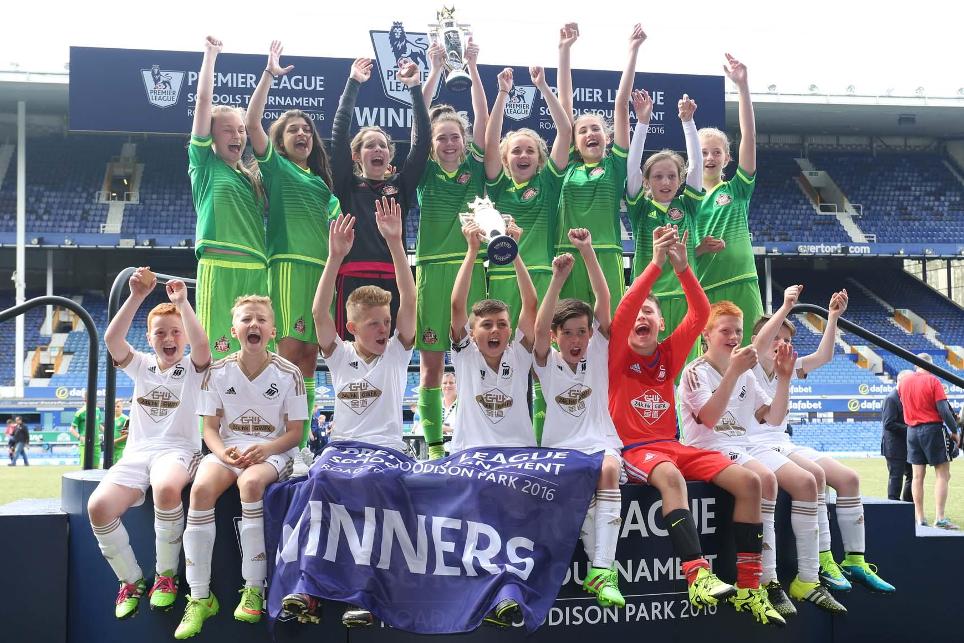 Schoolchildren from across England and Wales will be following in the footsteps of Premier League champions Chelsea when they compete at the 2017 PL Schools Tournament at Stamford Bridge on Tuesday.

Players from 40 schools will experience what life is like as a Premier League footballer as they represent the 20 top-flight teams in the Under-11 mixed and Under-13 girls competitions on the hallowed turf where Chelsea were presented with the PL trophy just two days ago.

They will wear their club's kit, visit the dressing room and walk out of the tunnel while cameras from BBC Match of the Day Kickabout will be on hand to film the action.

John Keble Primary School from Harlesden, London, will be representing Chelsea in the Under-11 mixed competition and they were special guests at the club's training ground last month as Blues players Ruben Loftus-Cheek and Beth England made the PL Schools Tournament draw.

"This tournament is special because I am representing a big team and that's what I really want to do when I am older," said John Keble midfielder Toure.

"I am going to try to forget that there is a crowd. I will just try to play normal football."

It is the 12th running of the tournament, which was first played at Charlton FC's The Valley in 2006, and Over the last few months, each of the 20 Premier League clubs have been holding regional tournaments to discover who will represent them this week.

Tenby Church in Wales will be aiming to retain for Swansea City the Under-11 title that Ysgol Gynradd Gymraeg Castell Nedd won at Goodison Park last year.

Sunderland are again represented by St. Bedes Comprehensive, who triumphed in the Under-13 girls' competition at Everton's ground.