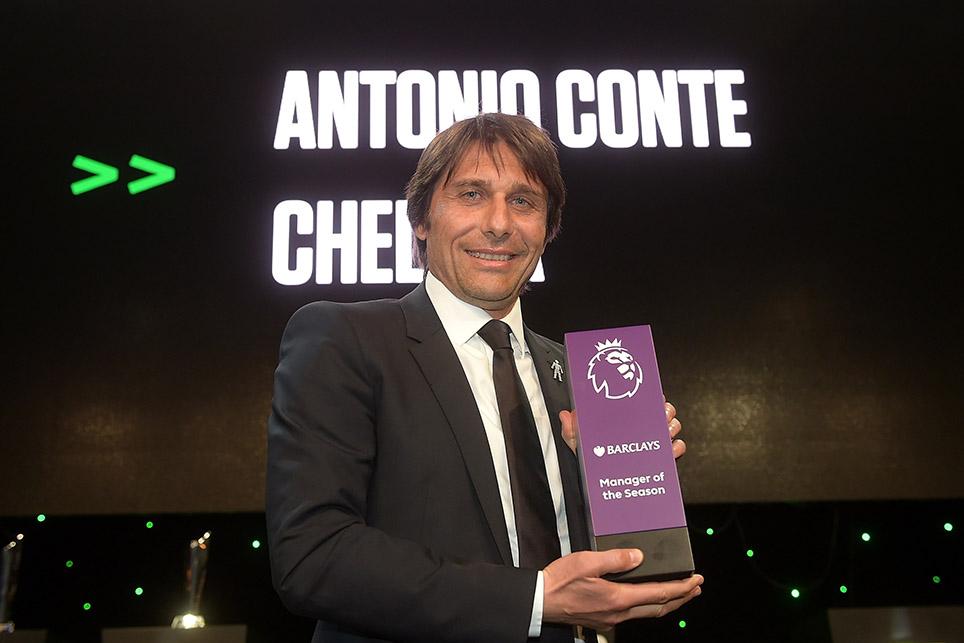 Antonio Conte has been named the Barclays Manager of the Season for 2016/17 after guiding Chelsea to their fifth Premier League title.

The Chelsea head coach won the award by receiving the most combined votes from a panel of experts and fans via a public vote.

Conte's switch to a 3-4-3 formation in September triggered a 13-match winning run that propelled Chelsea to finish seven points clear of second-placed Spurs.

This streak earned him three Barclays Manager of the Month awards as the Blues set a Premier League record for most wins within a single season (30).

And here's what the boss had to say after his side beat Sunderland 5-1 yesterday... https://t.co/t2IiaRhck7

He is the second Italian winner of the award, following Claudio Ranieri's triumph as Leicester City manager in 2015/16, and becomes the third man in PL history to be named Barclays Manager of the Season in his debut PL campaign after Jose Mourinho, also of Chelsea in 2004/05, and George Burley, who won in 2000/01 after finishing fifth with Ipswich Town in their first season after promotion.

Conte, who also won the LMA Manager of the Year, makes it a 2016/17 double for the title winners, after N'Golo Kante was named EA SPORTS Player of the Season.

See: Vote for your Carling Goal of the Season﻿