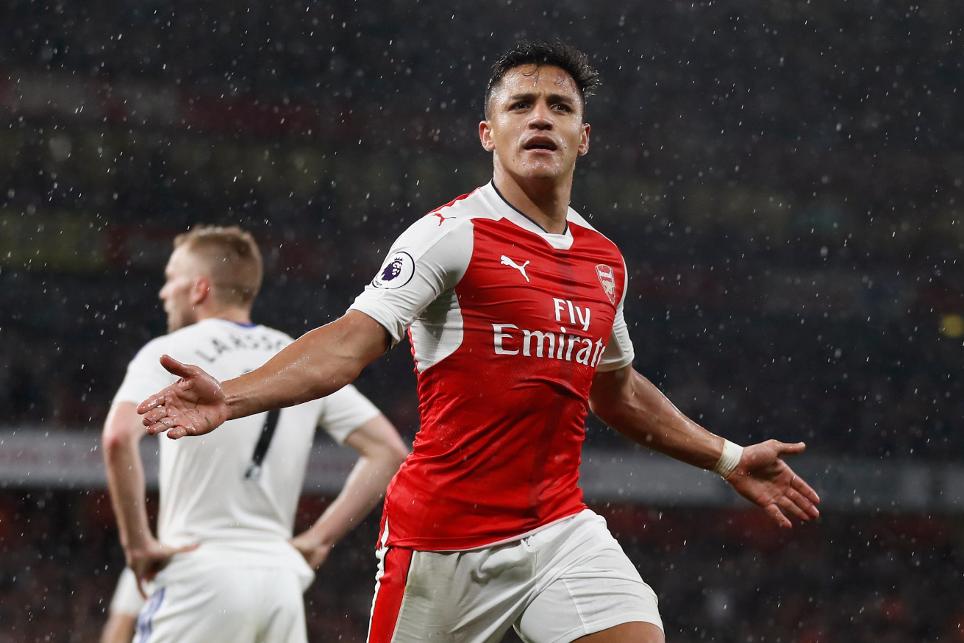 How Alexis stole the show at Stoke External Link

The race to become top scorer in this season's Premier League features a quartet of familiar star names, and it is a battle that will go right down to the wire this Sunday.

Adrian Clarke assesses the performances of those Golden Boot contenders, and Arsenal's Alexis Sanchez now comes under the microscope…

It is hard to believe now, but prior to the start of the 2016/17 campaign, very few people considered Sanchez a fully-fledged striker.

He was largely regarded as a winger who chipped in with plenty of goals but over the course of the last 10 months that perception has changed.

Rather than dabbling occasionally with the idea of using the Chilean as his lone front man, Arsene Wenger picked his star man to spearhead Arsenal's attack during the first half of the season.

And he performed that role with great success.

He shoots more often from deeper positions but Sanchez's overall impact has been superior as a striker.

Not only is he extra prolific as the lone forward, he creates more chances for others too.

It has been surprising to many supporters that he has featured on the left in most matches since Christmas.

Although his loose ball retention can be a source of frustration, the value of Sanchez to the north Londoners this season cannot be underestimated.

The stats speak for themselves.

No PL player has been directly involved in more goals than his 33 (23 goals, 10 assists) which represents a 44.6% share of Arsenal's strikes.

Away from home he has also been magnificent.

Enjoying the extra space afforded to him outside of Emirates Stadium, where most opponents sit deep and pack the middle, 15 of his goals have been scored on the road.

He has also chipped in with five assists on his travels.

He has helped the Gunners become joint-highest away day scorers (38) along with Manchester City.

The Arsenal No 7's creative influence is also worthy of great praise.

No one in the PL has tried more through-balls than the Sanchez and the Gunners have benefitted hugely from his supply line.

Mesut Ozil certainly owes his team-mate a debt of gratitude. Five of the German's eight PL goals have been supplied by the artistry of the Chilean schemer.