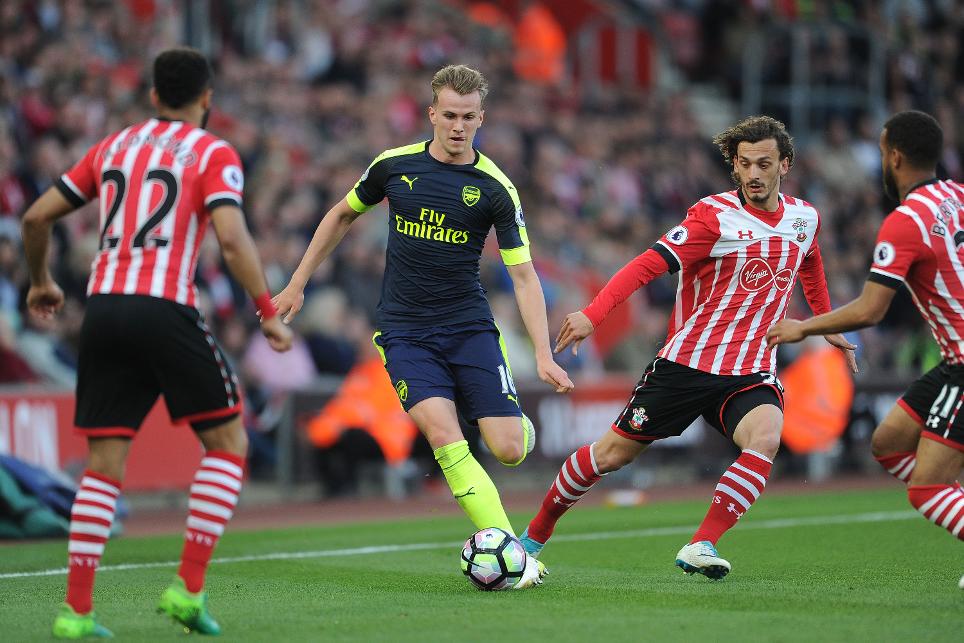 Elsewhere, Manchester City's 5-0 win over Crystal Palace ensured they were handed two representatives in a 5-4-1 set-up, with defenders dominating thanks to 10 clean sheets across the Gameweek.

A penalty save to deny James Milner (£6.4m) in the goalless draw at Anfield helped the Southampton goalkeeper to a first Dream Team call-up. Forster totalled eight saves against Liverpool, scoring 16 points to claim maximum bonus, before adding a further point in a 2-0 defeat to Arsenal.

Sitting in only 1.2% of FPL squads, Holding was the Arsenal's highest-scoring outfield player in Double Gameweek 36, registering 15 points to earn a Dream Team debut. Recording two clean sheets and three bonus points over encounters with Manchester United and Southampton, Holding has been acquired by 22,000+ managers ahead of another two matches in Gameweek 37.

We've won each of the last 8️⃣ matches in which @RobHolding95 has started pic.twitter.com/hLX8IG9ewd

A first goal of the season, along with a clean sheet and three bonus points in the 2-0 win at Hull City, gives the right-back a first call-up. Jones’s 15-point tally was his first double-digit haul of the campaign.

Otamendi also opened his scoring account for the season to seal a second Dream Team call-up. Having accrued 10 FPL bonus points this season, more than any other Man City defender, the 2.8%-owned Otamendi presents a differential option ahead of home matches against Leicester City and West Bromwich Albion in Gameweek 37.

With a goal in the 3-0 win over Middlesbrough, the Spaniard moved to six for the season and overtook team-mate Gary Cahill (£6.7m) at the summit of the defender standings. Earning his third call-up, Alonso has provided a goal, assist or clean sheet in each of his last four outings ahead of two Gameweek 37 fixtures.

He's helped us keep 3️⃣ clean sheets in 4️⃣ games, so how has @KieranGibbs adapted to our new formation? https://t.co/QAPDosObHM

With a goal, two assists and maximum bonus points in the win over Crystal Palace, the Belgian recorded 17 points for his best tally of the campaign. Owned by 8.3%, more than 59,000 managers have invested in De Bruyne ahead of two appealing home fixtures in Gameweek 37.

The third Arsenal player to earn a Dream Team debut, Xhaka’s goal in the 2-0 win over Manchester United earned him three bonus points. That set the midfielder on course for a 14-point tally over his two fixtures ahead of another Double Gameweek.

A total of 14 points hands the Chilean an eighth Dream Team call-up, more than any other player. Triple Captained by 51,000+ managers, Sanchez returned a second goal in eight appearances during Arsenal’s win over Southampton. He is now a prime captaincy option for Double Gameweek 37, ahead of a trip to Stoke City and a home meeting with relegated Sunderland.

The only forward to make the cut, Vokes scored a brace in Burnley's 2-2 draw with West Bromwich Albion to secure a first Dream Team call-up. He has had 15 touches in the opposition penalty area over the last two Gameweeks – second only to Swansea City’s Fernando Llorente (£6.1m) among forwards – scoring three goals.