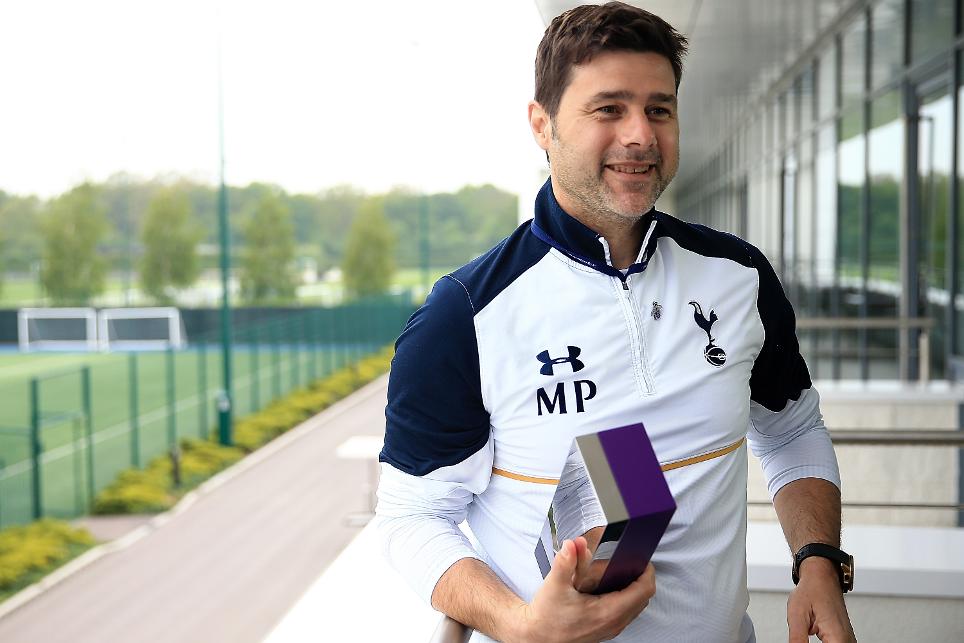 Mauricio Pochettino has been named the Barclays Manager of the Month after guiding Tottenham Hotspur to six successive Premier League victories in April.

Spurs closed the gap to leaders Chelsea to four points with wins against Burnley, Swansea City, Watford, AFC Bournemouth and Crystal Palace before a 2-0 victory in the final north London derby at White Hart Lane, ensuring they finish above Arsenal for the first time since 1994/95.

During the month the 45-year-old's side scored 16 goals, conceding just once.

"For me it's an award, a trophy that deserves to be shared with everyone at the club."

A humble Mauricio on his manager of the month award. pic.twitter.com/W5gc8kk48U

"I feel proud because it is a collective reward," Pochettino said after winning the award for the fourth time in his Premier League career.

"It means a lot for everyone here. It's a trophy that deserves to be shared with all at the club."

Pochettino won thanks to a combination of votes from a panel of experts and the public. He beat fellow nominees Marco Silva, of Hull City, Manchester United manager Jose Mourinho, Leicester City's Craig Shakespeare and Antonio Conte, of Chelsea.