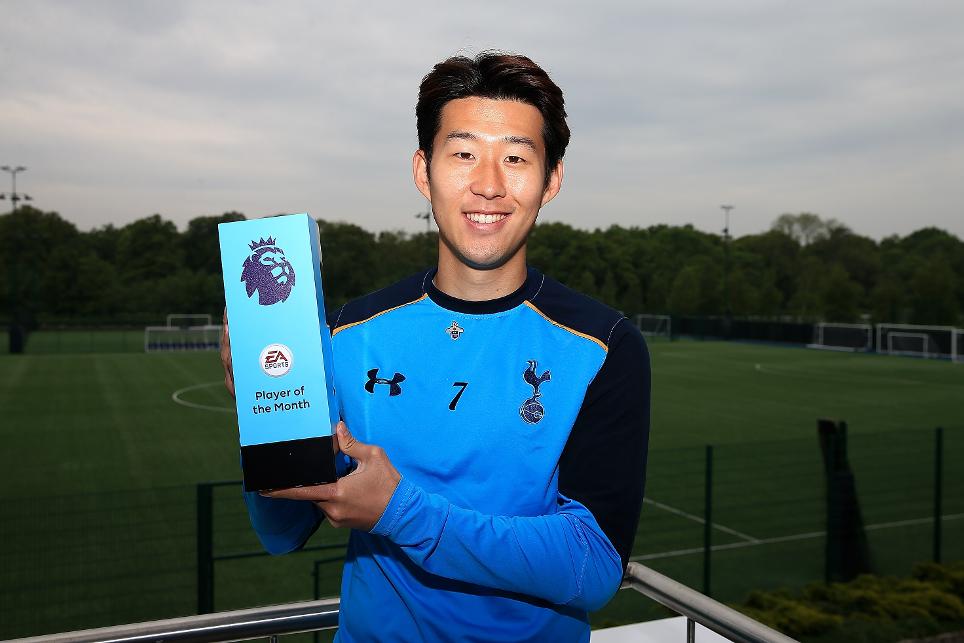 Son Heung-min became the first man to win the EA SPORTS Player of the Month twice this season by claiming April's award.

The Tottenham Hotspur forward scored five goals in four consecutive April Premier League matches as his side won six out of six to keep the pressure on leaders Chelsea.

"It's an unbelievable feeling - I'm very thankful for the fans who voted for me," he said.

"This is not my finish line. I want to keep working hard and win it a third time. I'm still hungry."

He became the first Asian recipient of the award when he won in September and is only the second Spurs player to win it twice within the same season, after Harry Kane in 2014/15.

He also makes it a Spurs double for April, with Mauricio Pochettino having been named the Barclays Manager of the Month.

Son received the most combined votes from a panel of experts, Premier League captains and fans to win the accolade.