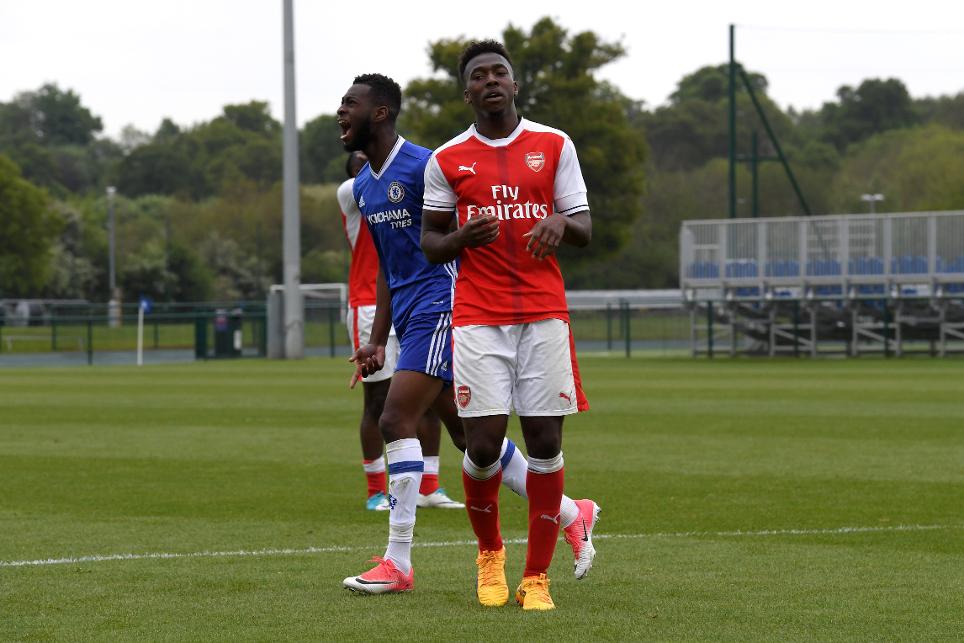 A 3-1 victory over the Gunners means U18s can be crowned champions on Friday, like Antonio Conte's senior side

Chelsea denied Arsenal the victory they needed to claim the Under-18 Premier League title and instead moved to within three points of winning the trophy themselves by beating the Gunners 3-1 at Cobham.

A win would have given Arsenal an insurmountable four-point lead over Chelsea at the top of Division 1 in the final stage of the season.

But victory for the Blues means they are two points clear and can emulate their senior team by securing the title on Friday 12 May when they host Reading at 6pm BST, two hours before Antonio Conte’s senior side chase the win they need at West Bromwich Albion for the PL crown.

FULL TIME: #CFCU18 3-1 Arsenal. Goals from Dasilva, Chalobah and Taylor-Crossdale take our youngsters to within a win of the national title. pic.twitter.com/JmFovHQKuU

Cole Dasilva and Trevoh Chalobah gave the Blues a half-time lead of 2-0 against Arsenal, before Eddie Nketiah pulled one back soon after the interval.

But Martell Taylor-Crossdale (main picture, above) sealed the win with a drilled finish with 12 minutes remaining.

Should Chelsea fail to beat Reading, Arsenal will win the U18 Premier League title if they earn three points in their home match against West Ham United on Saturday 13 May.