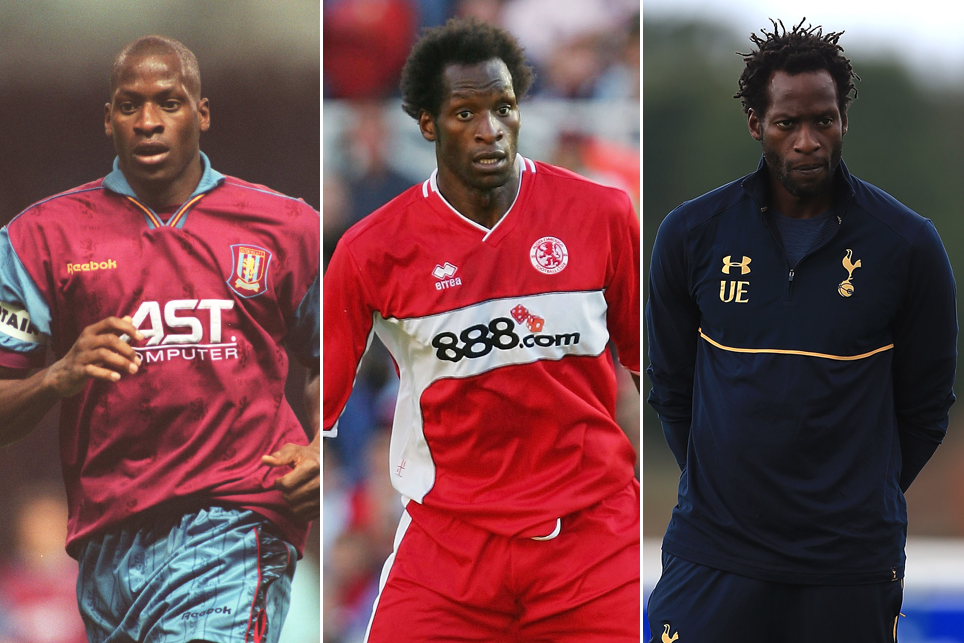 Ugo Ehiogu: The loss of a great man External Link

The Premier League has paid tribute to Ugo Ehiogu, the Tottenham Hotspur Premier League 2 coach, who passed away in the early hours of Friday morning at the age of 44.

Ehiogu had a distinguished Premier League career as a player, making 355 appearances from 1992 to 2007 with Aston Villa and Middlesbrough, and was regarded as a coach of great promise at Spurs.

Daniel Levy: "This is an incredibly sad day for the Club and a tragic loss of a talented member of our Spurs family." pic.twitter.com/PG5Kn3Lbq3

"He was as an outstanding footballer for Aston Villa, Middlesbrough and other clubs and more recently a highly regarded Academy coach at Tottenham Hotspur. In Ugo, the young players at Spurs had an excellent role model.

"While he is best known for his stellar football career, Ugo was a great person who used his profile to support charities and inspire positive change in the sport and beyond. He will be missed."

Words can't explain how devastated I am to hear the news of Ugo. He had a huge influence on the young lads at Spurs while I was there (1/2)

Premier League Director of Football Development, Ged Roddy, said: "My thoughts are with John McDermott and the Academy staff and players at Tottenham Hotspur, and of course Ugo Ehiogu’s family and friends.

"Ugo was an excellent coach, passing on his wisdom to young footballers at Spurs and playing a key role at one of the most successful Academies in the country.

"He was a student of the game, always wanting to learn from others and always worth listening to. His loss will be felt by many in English football and far beyond."

Boro Chairman Steve Gibson on the loss of a great man

A minute’s applause will take place in Ehiogu's memory at the Vitality Stadium immediately prior to kick-off during AFC Bournemouth's home match against Middlesbrough on Saturday, and Boro's home encounter with Sunderland on Wednesday evening.