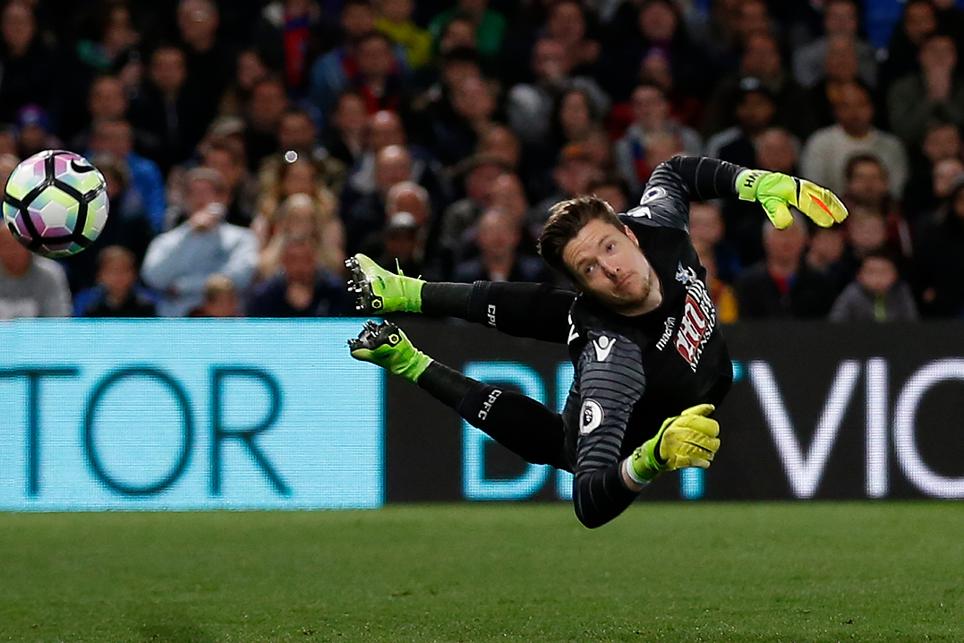 Only one goalkeeper in Fantasy is on a hotter streak than Crystal Palace man, who has a Double Gameweek to come

How The World Reacted To Arsenal Win External Link

A resurgent Palace side welcome Leicester City to Selhurst Park on Saturday, before facing a trip to Liverpool and a home encounter with Tottenham Hotspur in Gameweek 34.

An average of 1.8 goals conceded per match by the Eagles before Gameweek 25 has since fallen to 0.7, with the form of centre-back Mamadou Sakho (£4.8m) a key factor in the recent defensive improvement.

Hennessey has reaped the rewards, averaging six points a match over his last six Gameweek starts.

The Wales international is second only to Tom Heaton (£5.2m) for FPL form among goalkeepers, scoring 5.3 to the Burnley man’s 6.3 over the past 30 days.

Hennessey has also made an eye-catching 17 saves across the last three Gameweeks, bettered only by Sunderland’s Jordan Pickford (£4.1m and 21 saves) in that spell.

Palace have kept three consecutive home clean sheets, and with Saturday’s match against Leicester City arriving between the Foxes’ two UEFA Champions League quarter-final ties, their manager Craig Shakespeare may rotate his line-up as he did in last weekend’s 4-2 defeat to Everton.

The Eagles also have promising home fixtures against Burnley and Hull City to come, but it is the two Gameweek 34 fixtures that are key to Hennessey’s appeal. The goalkeeper is arguably the go-to candidate in Palace’s back line.

Sakho will miss the opening fixture of Gameweek 34 as he is ineligible to face parent club Liverpool.

happy To Be Back In Training.!
Cant Wait To be Back Playing soon❤💙❤💙 pic.twitter.com/R4PfD9D39F

Plus, with Martin Kelly (£4.2m) likely to face stiff competition for his starting place once James Tomkins (£4.9m) recovers from a calf injury, Hennessey is set to provide the cheapest option on offer.

With outstanding recent form, a modest 2.7% ownership and the lure of a Double Gameweek, Hennessey has the platform to flourish as a budget selection over the remaining Gameweeks.