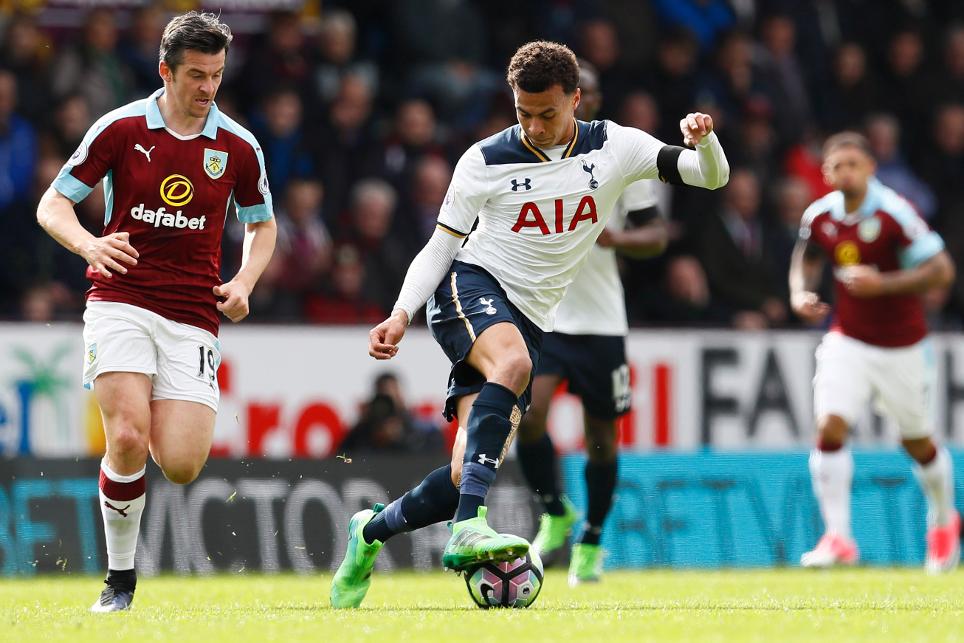 Mauricio on Winks and Wanyama's injuries at Burnley External Link

Scoring a first goal of the season, Dier also contributed 10 clearances, blocks and interceptions (CBI) and completed 87% of his 79 attempted passes to score 39 in the Bonus Points System (BPS).

Spurs’ 13th clean sheet of the season put them level with the Chelsea defence and helped Hugo Lloris (£5.5m), Toby Alderweireld (£6.3m) and Jan Vertonghen (£5.5m) to pick up the remaining bonus points.

An impressive 19 recoveries was the main factor behind Lloris claiming his reward, with the goalkeeper also making two saves to register a tally of 30 in the BPS.

Alderweireld and Vertonghen gained one bonus point apiece, with the centre-back pairing registering 29 in the BPS.

Alderweireld stood out by registerring 13 CBI, while Vertonghen totalled 10 CBI and made four recoveries.

Transferred in by nearly 130,000 managers prior to Saturday’s 11.30am deadline, Dele Alli (£9.0m) maintained his strong recent form with an assist for Son’s strike.

The most popular FPL midfielder, with 30.2% ownership, he has now produced three goals and two assists in his last four starts. He produced more close-range shots (four) and chances created (three) than any other Spurs player at Turf Moor.

Alli has already been snapped up by a further 35,000 managers ahead of Wednesday’s trip to Swansea City, one of Spurs’ next four matches that all score two in the Fixture Difficulty Rankings (FDR).

The Welshman continues to shine in the absence of the injured Danny Rose (£5.9m) to offer a budget route into the Premier League’s joint-best defence.