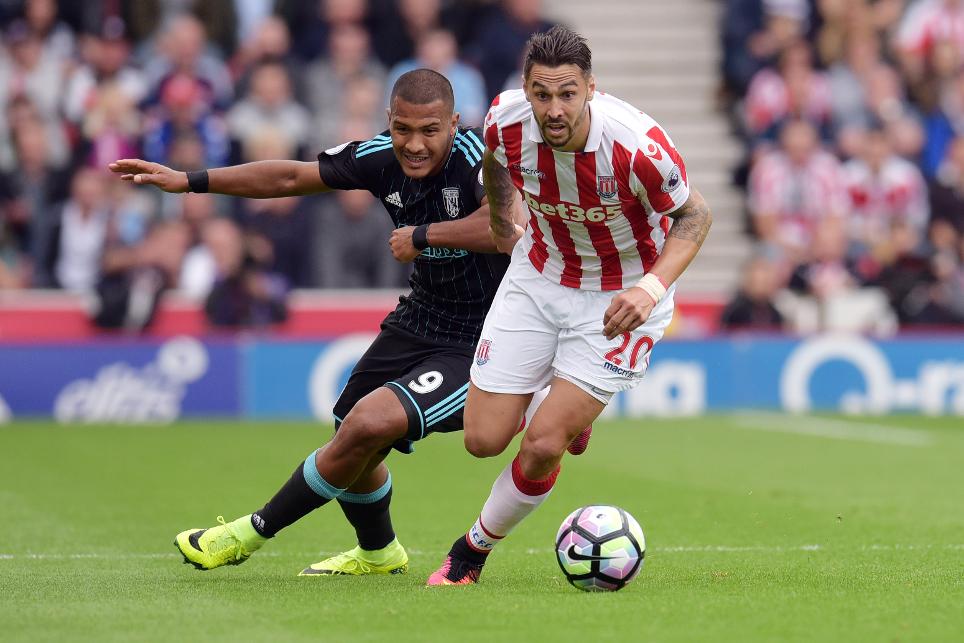 American has chance of facing Burnley on Tuesday night, but Xherdan Shaqiri set to miss out for Stoke City

Geoff Cameron is back in contention to feature for Stoke City when they visit Burnley on Tuesday.

The 31-year-old missed Saturday’s 2-0 defeat at Leicester City with a thigh problem, but manager Mark Hughes told stokecityfc.com: “We’re waiting on Geoff Cameron, the hope is that he will be available but it could be that he misses out again, we will have to assess him today and see.”

Winger Xherdan Shaqiri (calf) is likely to miss out, however, and striker Peter Crouch is doubtful with a knock.