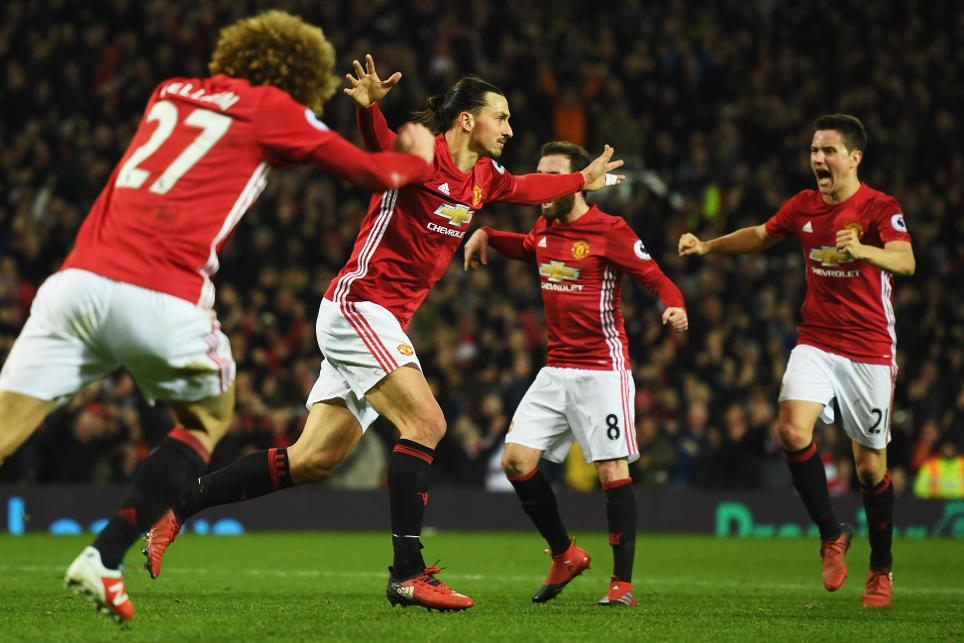 Having been postponed due to Man Utd's involvement in the EFL Cup final, their derby encounter with Manchester City has been rearranged for Thursday 27 April.

Meanwhile, Middlesbrough's meeting with Sunderland and Crystal Palace's home match against Tottenham Hotspur - both previously postponed due to the FA Cup quarter-finals - have been scheduled for Wednesday 26 April.

Similarly, Arsenal's home mach against Leicester City and Chelsea's Stamford Bridge meeting with Southampton will also be played in Gameweek 34.

This means that only West Bromwich Albion are left without a fixture in that Gameweek.

Man Utd will travel to Burnley and take on Man City in Gameweek 34, a pair of fixtures that are sure to promote a major reinvestment in Zlatan Ibrahimovic (£11.4m).

The Swede was once the most popular FPL player, found in more than 2.4 million squads back in Gameweek 5.

That ownership has fallen to just over 1.1 million due, in part, to the three-match suspension which ruled him out of Sunday's victory at Middlesbrough and will also force the striker to miss the Gameweek 30 fixture with West Brom.

Elsewhere in Gameweek 34, Middlesbrough will travel to AFC Bournemouth ahead of a derby encounter with Sunderland, while Palace visit Liverpool before hosting Spurs.

There are still six remaining fixtures left to be rescheduled, with the dates and Gameweek(s) involved set to be announced on or around Friday 7 April.