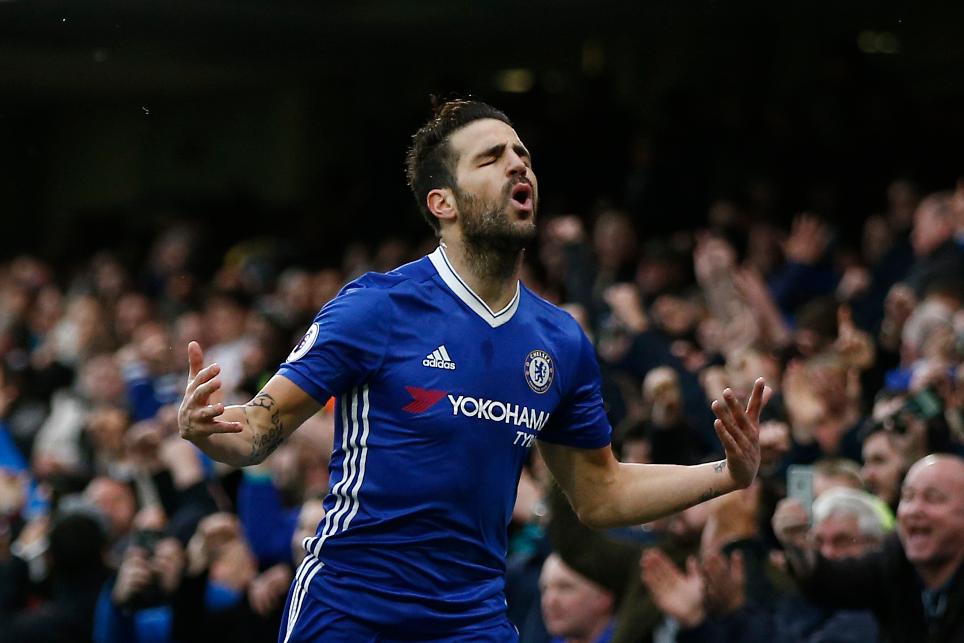 It was a special day for Cesc Fabregas in Chelsea's 3-1 defeat of Swansea City, not just because he scored the first goal and set up the second as the Premier League leaders extended the gap over their rivals to 11 points.

The 29-year-old midfielder also celebrated a milestone on Saturday as he became the first Spaniard to make 300 PL appearances.

Fabregas's goal against Swansea took his overall tally in the competition to 46, two behind team-mate Diego Costa, and 39 adrift of Fernando Torres.

Setting up Pedro for Chelsea's second lifted Fabregas to joint-second in the all-time assists rankings, one above Manchester United’s Wayne Rooney and level with Chelsea legend Frank Lampard.

Fabregas has 11 goals and 32 assists in 88 PL appearances for Chelsea, while he scored 35 goals and registered 70 assists in 212 outings during his nine-year spell at Arsenal.