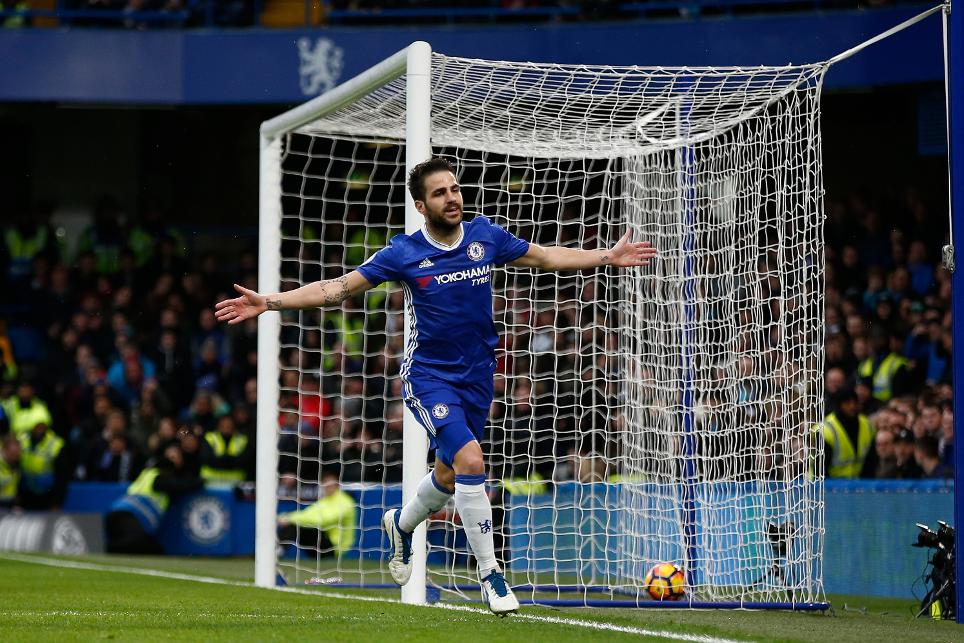 Cesc Fabregas marked his 300th Premier League appearance with a goal and an assist as Chelsea defeated Swansea City to extend their lead at the top of the table to 11 points.

Fabregas - the first Spanish player to reach the milestone in the Premier League - gathered Pedro's pass and prodded home in the 19th minute.

Have a read of today's match report while we wait to hear from Antonio Conte...https://t.co/9PbYCtuVif

Fernando Llorente then levelled for Swansea on the stroke of half-time, heading home with the visitors' first effort on target.

But a Pedro strike squirmed under Lukasz Fabianski and Eden Hazard teed up Diego Costa as Chelsea struck twice inside the final 20 minutes to secure a dominant home win.

The Blues will now wait to see how their rivals respond, while Swansea lie three points above the relegation zone.