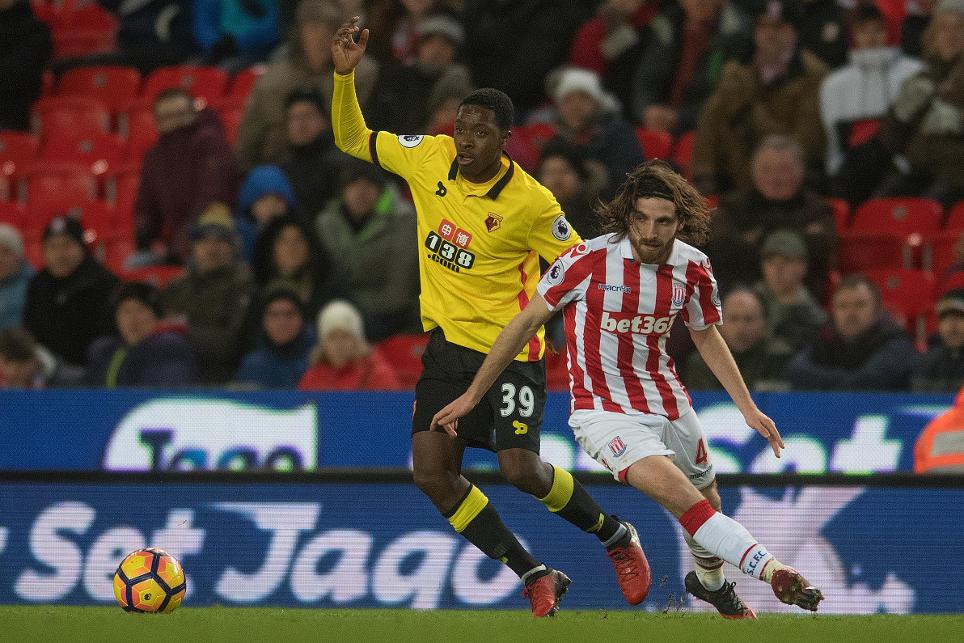 When Gary Smith was named Watford’s Premier League Kicks Hero, it was fitting the club's forward Michael Folivi attended the ceremony to mark it this week.

Smith first joined PL Kicks as a participant aged 10 before going on to inspire other young people by becoming a volunteer and a part-time coach.

So it was with pride that Folivi, a lifelong friend who attended the same school and PL Kicks sessions, presented Smith with the PL Kicks Hero comic strip in honour of his work and commitment to the programme.

"I used to say Gary's left foot got me my contract at Watford because he was putting the ball on a plate for me all the time!" Folivi told premierleague.com. "I am so proud of him.

"We came from an estate and he has done well to stay of trouble and to do what he has done. Hopefully it will inspire the others here at PL Kicks.

"Hopefully they can go down the line that he has taken."

Folivi started his Premier League Kicks journey eight years ago at the Beacon Centre, in Harrow. He enjoyed it so much he would ask to take part in double sessions.

"PL Kicks gave me that opportunity to play football day in, day out," he said. "It gave me a way out so I didn't stay in and just play computer games or on the estate and just hang around.

PL KICKS: Read about how @WatfordFC's #PLKICKS Hero Gary Smith was awarded with a comic strip of his story; https://t.co/AmfYJd33Lb pic.twitter.com/5WJ5nwozDk

"We had somewhere to go with our friends to play football. That's all I wanted to be. It kept us off the street. Football saved me really."

Michael has not looked back. His talent was spotted and he earned a place in Watford’s Academy and signed his first professional contract in 2015 when still a scholar.

This year his dreams came true when he made his Premier League debut as a substitute at Stoke City.

"When you are a kid, you can't wait to make your debut but when it is thrown at you and it's that time, it's a very different feeling!" he said. "When I was told to warm up, I was very nervous, and then the manager said 'Two minutes', and my body stopped.

"Coming on was the best feeling. The manager said to me, 'Play with personality' and that took a lot of pressure off me.

"For my first bit of action, I thought I was going to win a header but then I realised I was up against Peter Crouch!"

Folivi hopes his story can be an example to others who are maybe in the same position he was.

"I am pinching myself," he said. "Hopefully it is an inspiration for people to get off the street. If you get an opportunity you have to take it. You never know who is watching."