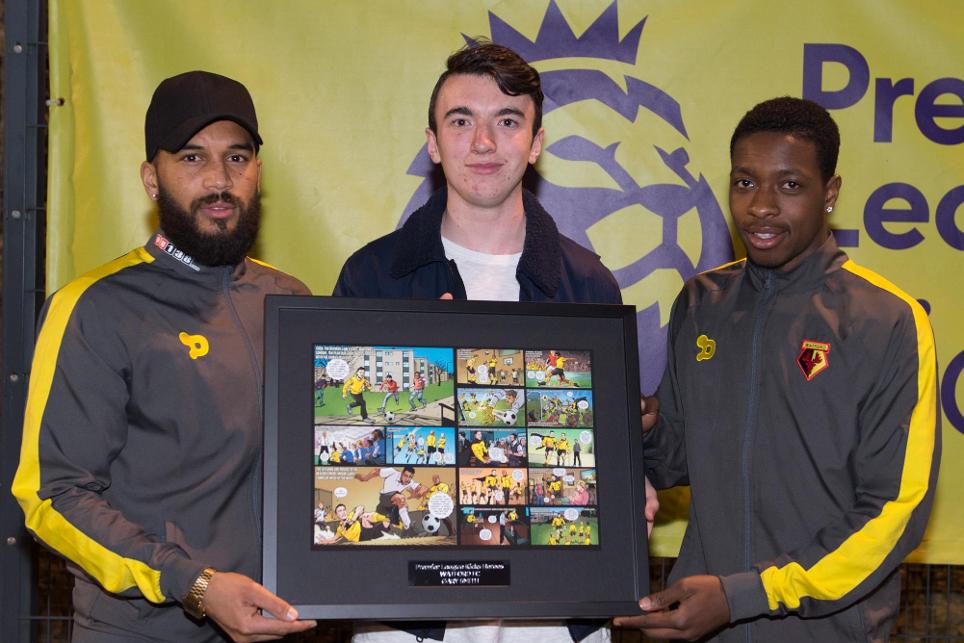 Premier League Kicks offers young people a wide variety of pathways into sport and education and that was highlighted this week when Watford honoured its PL Kicks Hero.

The pair's lives have taken different paths, but ones that have been aided by the help of PL Kicks.

Gary is now a coach, studying Sports Science at the University of Portsmouth, while Michael is a professional on the books at Watford, making his Premier League debut this month.

PL KICKS: Read about how @WatfordFC's #PLKICKS Hero Gary Smith was awarded with a comic strip of his story; https://t.co/AmfYJd33Lb pic.twitter.com/5WJ5nwozDk

The two met again this week at Cedars Youth and Community Centre, in Harrow, as Michael gave a specially commissioned comic strip to Gary to mark him being the fourth PL Kicks Hero.

"It all started in primary school when one of the coaches told me about PL Kicks at a local park," Gary told premierleague.com. "I just thought I would go to that and see how it goes. I really enjoyed it."

Gary flourished at PL Kicks, representing the Trust in regional and national tournaments, before developing an interest in coaching.

"When they asked me to come down and volunteer, I was ecstatic," he said. "I knew that from then on that it was a career possibility. They offered me a part-time coaching job and I was overwhelmed."

Gary is working towards a degree in Portsmouth as he looks to move into coaching or sport analysis.

"Even at the age of 16 I didn't think I would go to university," he said. "PL Kicks and the coaches helped me realise my potential."

He is hoping his story will inspire others to follow in his footsteps.

"If people put their minds to it and realise what they can get from it, they can go places," he said. "It has made a big impact on me.

"PL Kicks keeps young people off the streets. It gives opportunity to everyone, it gives them a chance hopefully to experience what I have."