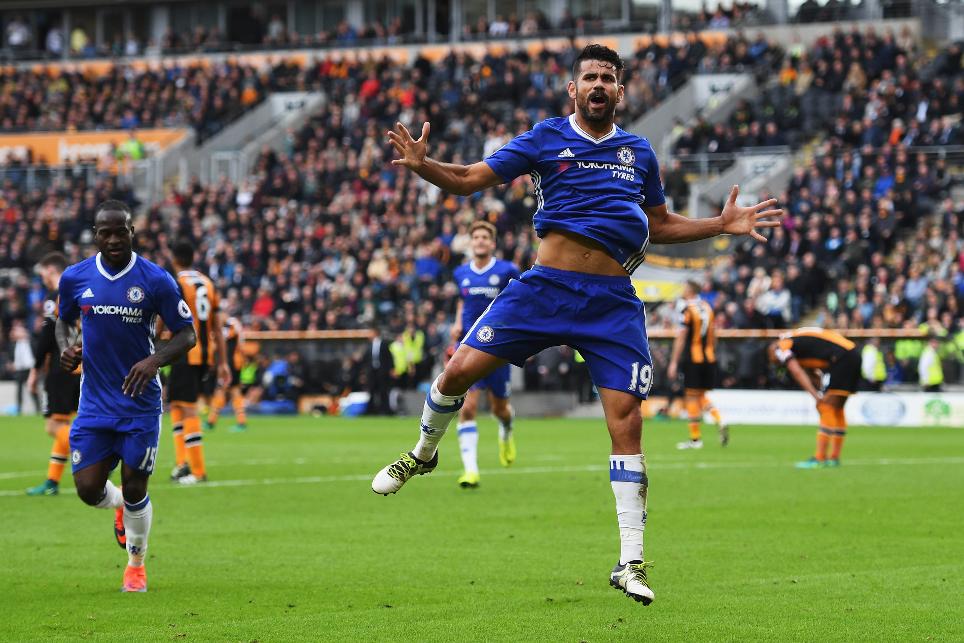 Diego Costa (£10.3m) is available for Chelsea's Stamford Bridge encounter with Hull City following a flood of Fantasy Premier League sales over the past seven days.

News of the striker's potential omission from the Gameweek 21 visit to Leicester City sparked almost 300,000 FPL managers to move Costa out of their squads; a trend that has continued ahead of this weekend.

The striker has been sold by another 267,000 prior to Sunday's visit of Hull.

Antonio Conte will consider the Spaniard for a starting role against the Tigers, who arrive at Stamford Bridge having shipped 24 goals in 10 away trips and with fitness doubts over Robert Snodgrass (£5.8m).

Found in 11.8% of FPL squads, Snodgrass has scored or assisted 50% of Hull City's goals this season, returning attacking points in his last three Gameweeks.

Philippe Coutinho (£8.3m) is another major FPL asset set for a return in Gameweek 22.

Having started and played 65 minutes in Liverpool's midweek FA Cup replay against Plymouth Argyle, the Brazilian is poised to face Swansea City at Anfield.

Prior to his injury in Gameweek 13, Coutinho supplied a goal or assist in three of his previous four home matches.

A meeting with the Swans offers a platform for an immediate return to FPL prominence given that Paul Clement's side have conceded three or more goals in seven of their last nine matches.

📰 An update on Joel Matip...https://t.co/duoPhsqSAU

Olivier Giroud (£8.7m) is in line to continue his run of starts and goals for Arsenal in their meeting with Burnley.

The Frenchman returned to training this week following an ankle problem sustained at Swansea City in Gameweek 21.

Giroud has supplied goals in each of his last four Premier League outings and his availability may Alexis Sanchez (£11.9m) in a left-flank role.

Nonetheless, the Chilean amassed 17 goal attempts over his previous two home matches from that position.

Spurs will be without Jan Vertonghen (£5.7m) in Saturday's late kick-off at Manchester City.

Owned by 9.1% of FPL managers, the Belgian could be replaced in Mauricio Pochettino's line-up by either Ben Davies (£4.7m) or Kevin Wimmer (£4.6m), opening up a cheaper route into the Spurs defence for FPL managers.

Finally, Leighton Baines (£5.6m) has emerged as a minor doubt for Everton's trip to Selhurst Park.

Recently deployed at wing-back and with three clean sheets, a goal and an assist in his last four Gameweeks, Baines has proved a popular recent target.

However, Baines' rib injury will need assessment prior to the encounter with Crystal Palace.