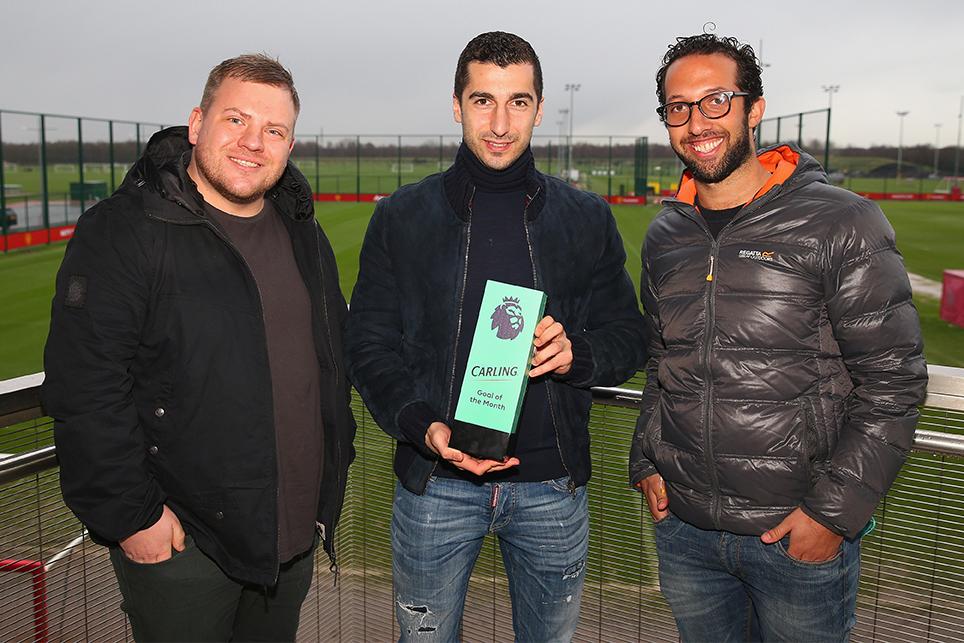 Mkhitaryan: It's my best goal ever External Link
Mkhitaryan wins Carling Goal of the Month

Manchester United striker Zlatan ibrahimovic has joked that Henrikh Mkhitaryan's recent Carling Goal of the Month Award was the result of a pre-planned training ground routine.

Ibrahimovic provided the assist for Mkhitaryan's stunning scorpion kick against Sunderland on Boxing Day, which won the Carling award for December last week.

.@ManUtd fans Toby and Paul quizzed @HenrikhMkh on his Carling Goal of the Month and the song the fans made for him, not a bad day out! pic.twitter.com/88CVOYsscC

"The pass needed to be perfect, so it went good," said Ibrahimovic.

The Swede revealed all to United fans Toby and Paul, who enjoyed a dream day at the Aon Training Complex to present Mkhitaryan with his award after winning a Carling competition.

Watching a live Premier League game this weekend? Play 'They Score You Score' on the Carling Tap! Select a player and if he scores you win prizes from Premier League tickets to free Carling! Play now here: https://carlingtap.carling.com