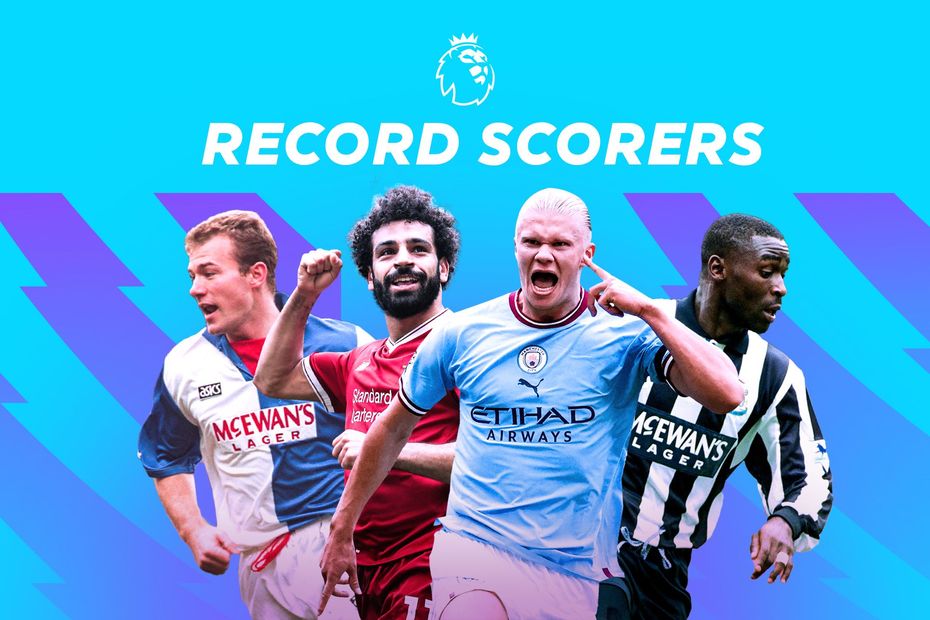 Man City star on course to smash marks set by Cole, Shearer and Salah if he keeps up present goal rate

The Manchester City forward produced his fourth treble of the season in the 3-0 victory over Wolverhampton Wanderers, leaving him only one shy of Alan Shearer's record of five hat-tricks in a single Premier League campaign, set in 1995/96.

Haaland bounced back following his longest run without a goal for the club, 333 minutes in all competitions, by netting Man City's second in their 4-2 turnaround win over Tottenham Hotspur last Thursday.

What will his total be by the end of the season? 🤔 pic.twitter.com/ZirXMffoSK

The Norwegian's hat-trick against Wolves took him on to 25 goals for the season, already two more than last season's Castrol Golden Boot winners, Mohamed Salah and Son Heung-min.

He is nine clear of his nearest rival, Harry Kane, in the race for this season's award.

Haaland's remarkable feats so far mean he is well on course to break the single-season Premier League goalscoring records over both 38 and 42-match campaigns.

The 22-year-old is currently well ahead of the curve as he targets both records.

Indeed, if he continues scoring at his current rate, Haaland would overtake Salah against Newcastle United in Matchweek 26, while he would surpass Cole and Shearer’s marks versus West Ham United two weeks later, if Man City are not involved in the FA Cup sixth round.

Although Haaland looks unstoppable right now, there is a cautionary tale regarding a player who got off to a blistering start, only to fall short of Cole and Shearer's record.

In 2013/14, Luis Suarez scored 22 goals in his first 16 PL appearances, only to net nine times over the rest of the campaign.

There is also the importance placed by City manager Pep Guardiola on winning the UEFA Champions League for the first time in the club's history to consider.

Guardiola has admitted that his time at the Etihad Stadium would not be complete without lifting the trophy.

So should City advance to the latter stages of the tournament, the Spaniard may have to carefully manage his resources during a congested run-in.

The City striker's next opportunity to add to his tally comes when the champions travel to Spurs on Sunday 5 February.

Guardiola's side then host Aston Villa, a team Haaland scored against in the reverse fixture, before facing title rivals Arsenal for the first time this season on Wednesday 15 February.

The young City star has enjoyed a sensational start to his Premier League career, with his combination of pace, power and finishing prowess proving too much for several defences in the competition.

In the coming weeks and months, all eyes will be on the No 9 and his chase to ensure his place in Premier League folklore.