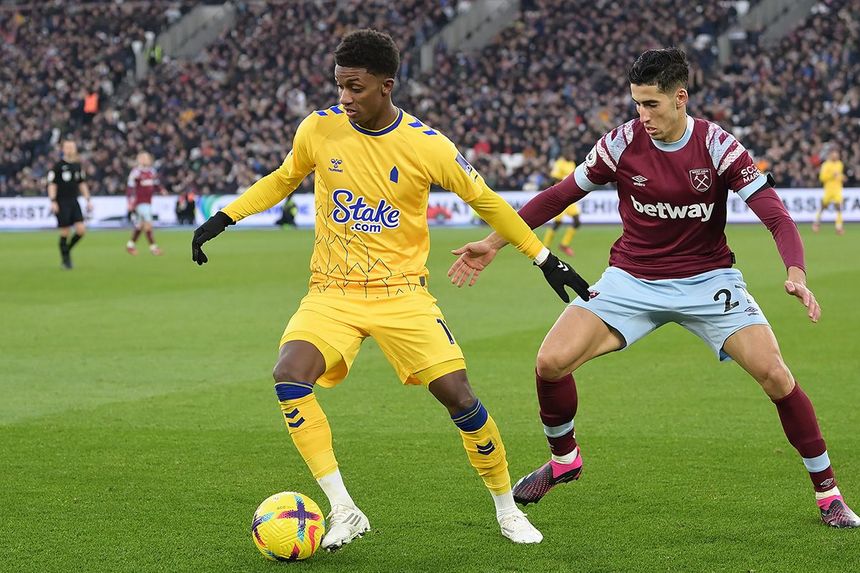 Michael Owen says that Everton are good enough to avoid relegation, whoever is appointed their next manager.

Frank Lampard left his role as manager following a 2-0 defeat at West Ham United on Saturday that left Everton 19th in the table.

Media reports have suggested that former Leeds United head coach Marcelo Bielsa, Sean Dyche, the ex-Burnley boss, and Ralph Hasenhuttl, who left Southampton earlier this season, are in the running to be Lampard’s successor.

But whoever does take over the reins at Goodison Park, Owen, the former Liverpool and Manchester United striker, says the task of maintaining Everton's status as the second longest-serving top-flight club is not a lost cause.

"They've got players well capable," says Owen. "They shouldn’t even be in the bottom five let alone the bottom three.

"Their squad of players is not brilliant, but it's OK. I think the next manager has a chance of getting them out of trouble – unfortunately for Frank, it's not him."

Everton are level on 15 points from 20 matches with bottom club Southampton, but they are only two points from safety.

Their next assignment is a daunting match at home to Premier League leaders Arsenal on 4 February.

However, they can take heart from the fact that they found themselves in a similar predicament last season.

Just like now, in December 2021, the Toffees had mustered only two points from a possible 24 when Arsenal visited Goodison Park.

But Everton ran out 2-1 winners on that occasion with the help of a last-gasp Budweiser Goal of the Month winner from Demarai Gray.

After hosting Arsenal they visit an out-of-sorts Liverpool side in the Merseyside derby, and then have the opportunity to improve their league position with matches against Leeds, Aston Villa and Nottingham Forest.