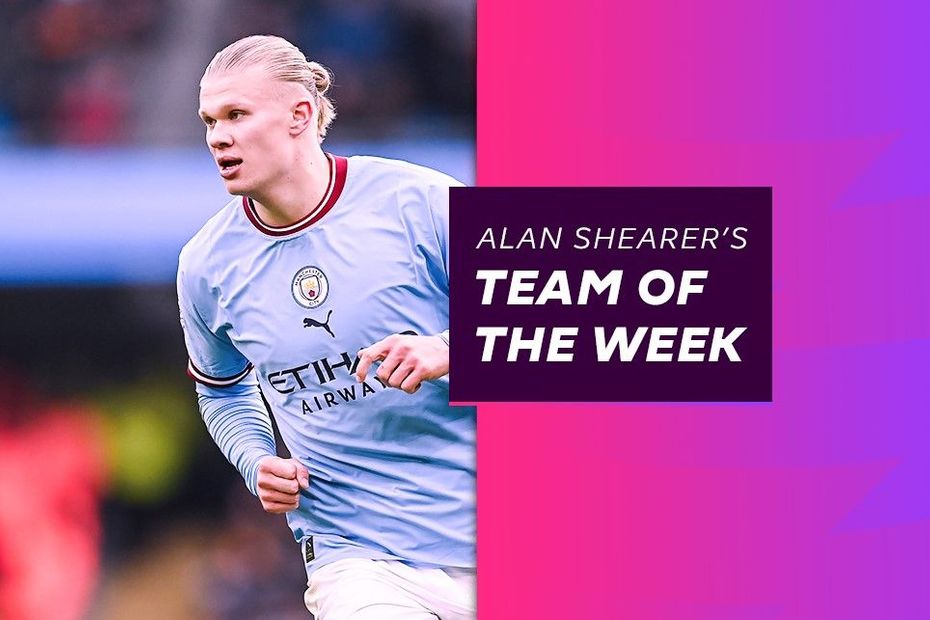 What we learned from the weekend
Scholes: Zinchenko is having a massive influence at Arsenal
Shearer: Creativity the next step for Newcastle

Anyone who thought that Erling Haaland had lost his way in front of goal can think again following his latest display of elite marksmanship.

The Manchester City striker scored three more goals in his side's 3-0 victory over Wolverhampton Wanderers, to take his tally to a staggering 25 in just 20 appearances - a number that would haver earned him the Castrol Golden Boot award in each of the last four seasons.

Little wonder then that Alan Shearer, the Premier League's all-time record goalscorer and a Hall of Fame inductee, whose record of five hat-tricks in a single Premier League campaign is now under threat, included Haaland in his Matchweek 21 Team of the Week.

🌟 @alanshearer's Team of the Week is here 🌟

What do you make of his choices? pic.twitter.com/11cPvNEp0M

Nick Pope (NEW)
"Made one of the saves of the season to keep his 12th clean sheet of the season. Was there when Newcastle needed him."

Thiago Silva (CHE)
"Played with his usual assurance and snuffed out Liverpool's forwards when they threatened."

Nayef Aguerd (WHU)
"Has been superb since returning from injury and was key to West Ham's crucial win over Everton."

Oleksandr Zinchenko (ARS)
"Nominally a left-back, in reality he was here, there and everywhere. Pulled the strings for Arsenal in this five-goal thriller."

Kevin De Bruyne (MCI)
"At the heart of everything good Man City did and racked up his 11th assist of the season."

Bukayo Saka (ARS)
"Hard to believe he's still only 21. Man Utd simply couldn't handle him. Scored one and was unlucky not to get a second."

Kaoru Mitoma (BHA)
"Growing in influence with every game, his goal was simply outstanding."

Jarrod Bowen (WHU)
"Proved the difference with both goals in a vital match for West Ham.”

Erling Haaland (MCI)
"Answered those who dared to question him with a fourth hat-trick of the season – just one off my season record."

Eddie Nketiah (ARS)
"Arsenal are missing Gabriel Jesus less with every match. Stepped up again with two goals in a massive win for the Gunners."

Manager: Mikel Arteta (ARS)
"Racked up another win against a big rival. His team are fearless, tactically aware and playing brilliant football."