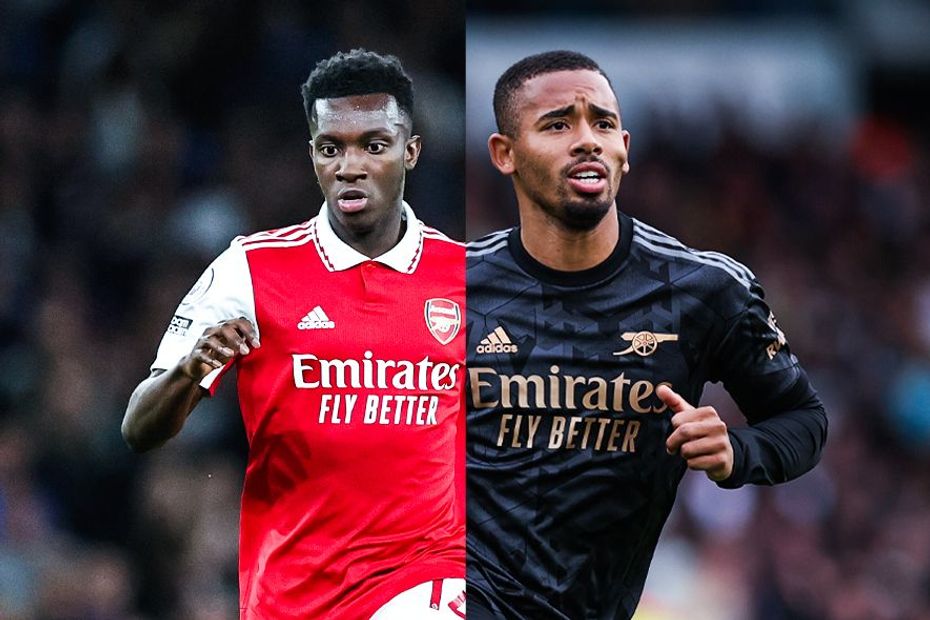 The brilliance of Gabriel Jesus will be sorely missed by Arsenal as he undergoes rehabilitation following surgery to his right knee.

Jesus has been a revelation for Mikel Arteta’s side since his summer move from Manchester City, speeding up their attacks with his sharpness and skill.

He has also made 10 direct goal contributions.

The Brazilian's all-round quality has elevated Arsenal's attack, which must now find a way to maintain their productivity without their talisman up front.

Jesus’ lively movement has tormented his markers throughout 2022/23.

Mixing up his play by coming short, drifting wide and making sprints in beyond the last defender, he has not allowed opponents to settle.

Teamwork around the box 📐

Slotted home by our skipper 🎯 pic.twitter.com/DGD369qd15

This varied mobility fits in brilliantly with Arsenal’s style of play, often creating extra space for the likes of Bukayo Saka, Martin Odegaard and Gabriel Martinelli to thrive.

No Premier League player has enjoyed anywhere near as many touches inside the opposition box this term; a sure-fire sign of the way he puts defenders onto the back-foot with his runs, on and off the ball.

Jesus only has five top-flight goals so far this season, but his contribution to the team stretches way beyond that aspect of his game.

His work-rate, speed, and willingness to unsettle defenders make him the second most-fouled player in the division.

Throwing himself into more duels than any other player, he regularly earns the Gunners set-piece situations in good areas.

Jesus is also a superb dribbler, frequently weaving past opponents to create chances for himself and team-mates.

Providing five assists and chances aplenty, he is as much of a creator as he is a finisher.

In the short term, Eddie Nketiah is likely to lead the line in Jesus’ absence.

Stylistically he is quite similar, especially in terms of his mobility, skill and movement inside the opposition half.

Nketiah, 23, has only three cup goals this term for Arsenal, but he did score five times in the last seven league matches of 2021/22.

He also scored in Arsenal's 3-0 win over Lyon on 8 December, the Gunners' second friendly ahead of the Premier League's return.

100 apps for the Arsenal! Proud moment for me and my family to reach this historic landmark for my boyhood club! ❤️🙏🏾 #GodsWork @Arsenal pic.twitter.com/9VOK4cz512

Another option would be to utilise Gabriel Martinelli as a central striker.

The long-awaited return of Emile Smith Rowe could see the Englishman play on the left of Arsenal’s attack, with Martinelli moving inside.

His energy, directness, pace and top-class finishing has potential to make Smith Rowe thrive in a centre-forward’s role and his use in that position would certainly free up space for the wide forwards to join in as a second striker.

The loss of Jesus is a huge blow for the Gunners, but they do have alternative options.

See: Which fixtures Jesus may miss