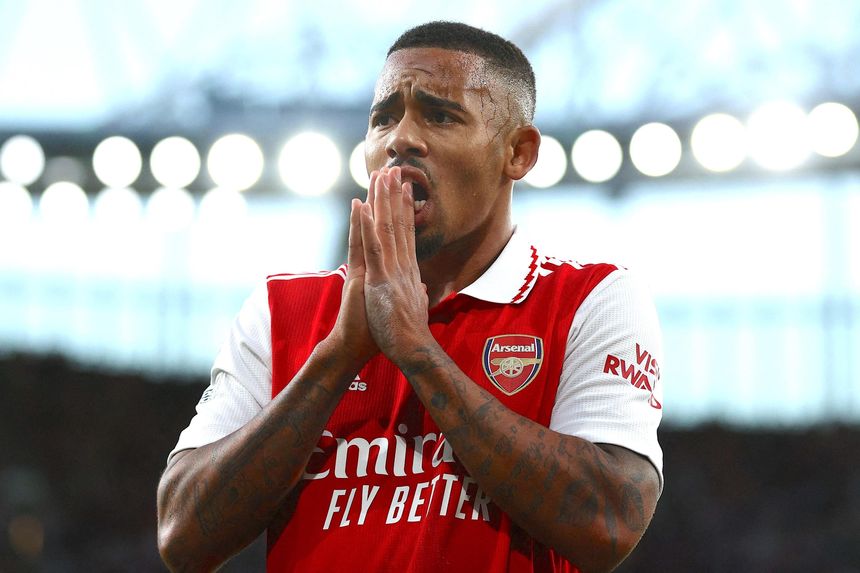 Premier League leaders Arsenal have been dealt a blow with the news that Gabriel Jesus has had to undergo surgery on his right knee.

The striker suffered the injury playing for Brazil against Cameroon in the FIFA World Cup 2022 in Qatar last Friday.

"Gabby will now begin his rehabilitation programme," the official Arsenal website said. "Everyone at the club is supporting Gabby and will be working hard to get him back on the pitch as soon as possible."

Jesus has been a major influence for Arsenal since joining from Manchester City in the summer, starting all 14 league matches to help his team forge a five-point lead at the top of the table.

He has scored five goals and claimed five assists to go joint-third in the race for the Premier League Castrol Playmaker Award.

His underlying stats for Arsenal this season also highlight his importance to the cause.

Jesus is No 1 at the club for duels won with 108, ahead of Gabriel Martinelli in second, expected goals and fouls won.

If he is unable to return for the festive period, when the Premier League resumes, Jesus could be sidelined for consecutive crunch matches against Newcastle United, Tottenham Hotspur and Manchester United in the new year.

Arsenal also have a home fixture against Jesus's former club City, who are their nearest challengers, on 15 February.

See: Adrian Clarke on how Arsenal will adapt to Jesus absence