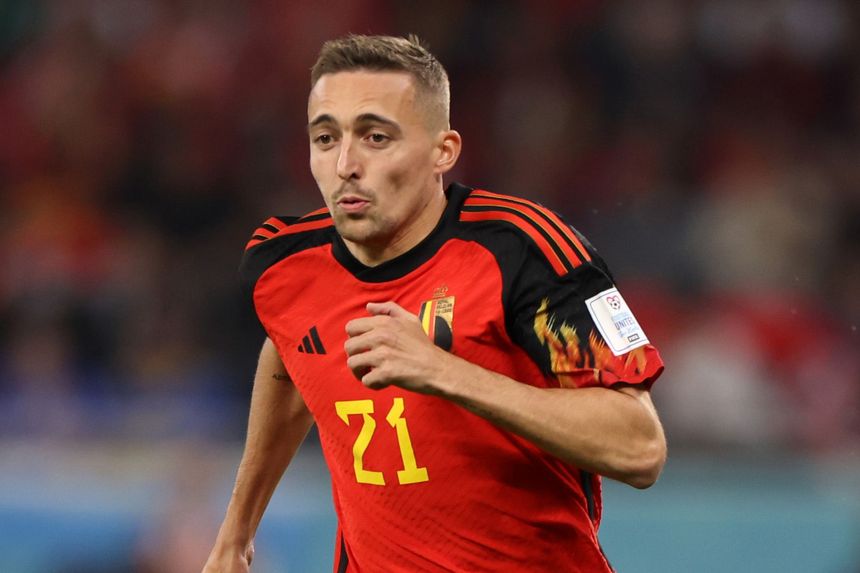 Managers flock to Leicester defender as he delivers another clean sheet, this time for Belgium

Castagne continued his 2022/23 Fantasy form by helping Belgium keep a clean sheet in their 1-0 win over Canada.

The Leicester City full-back is the most-bought defender in the current unlimited free transfers period, earning over 191,000 new owners on the back of one blank in the last nine Gameweeks.

Ilkay Gundogan (£7.3m) was on the scoresheet in Germany's contest with Japan on Wednesday.

The Manchester City midfielder, who sits in just over two per cent of Fantasy squads, converted a penalty in his nation's 2-1 defeat.

Gundogan started four of City's last five matches prior to the season break.

He was among the champions' top goal threat in that run, with his nine shots, five shots in the box and four shots on target all placing among the top three players for Pep Guardiola's side.

Brazil's encounter with Serbia could feature two of the five most-selected players in 2022/23 Fantasy, with Arsenal duo Gabriel Martinelli (£6.8m) and Gabriel Jesus (£8.0m) both selected in the South Americans' squad.