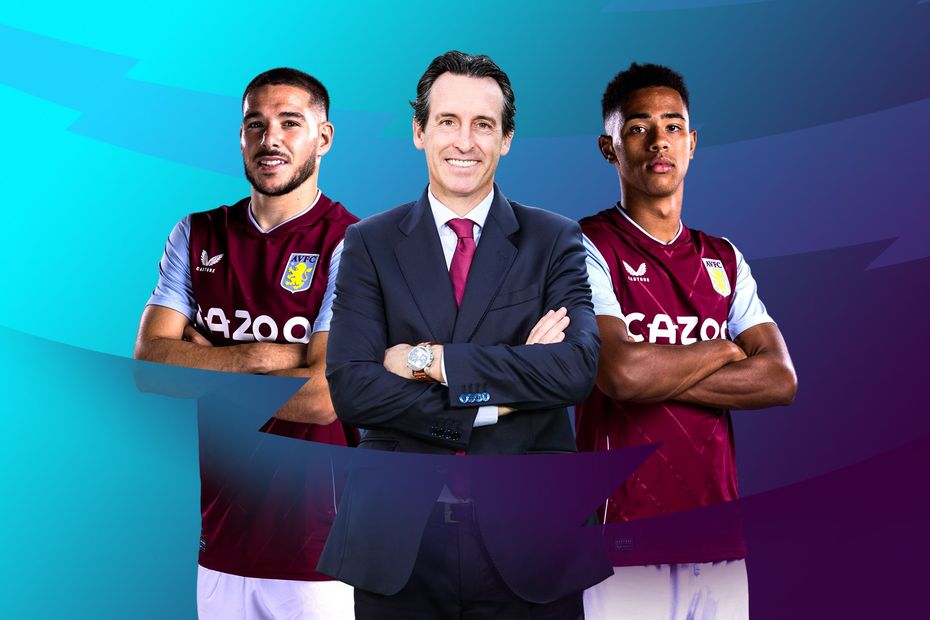 Adrian Clarke looks at key tactical points and players who can be decisive in Matchweek 16.

During his managerial career, Emery has enjoyed most success when adopting a counter-attacking style of play, built around a compact and well-organised defensive shape.

At his previous club, Villarreal, Emery played this way, favouring a narrow 4-4-2 formation.

His first major call was to switch Villa's system to a like-minded 4-2-2-2, which is essentially the same shape, but with both wingers tucked infield.

Emery's use of 4-2-2-2, a formation that used to be a huge favourite with former Southampton head coach Ralph Hasenhuttl, bucks a recent Premier League trend.

Last season, it was a shape used on just six occasions by top-flight managers.

Ralf Rangnick deployed it five times for Man Utd, while Thomas Tuchel instructed Chelsea to play that way on just a single occasion.

This formation tends to suit teams who will have less possession than their opponents (Villa had 41.8 per cent v Man Utd), because it solidifies the centre when you do not have the ball.

A 4-2-2-2 also works well for pressing sides who place a heavy emphasis on turnovers; this has always been a key aspect of Emery's philosophy.

Using two strikers to close down central defenders and inverted wingers to cover off space between full-backs and midfielders, worked extremely well for Villa last Sunday.

I would expect Emery to persist with the 4-2-2-2 at Brighton & Hove Albion this weekend.

It is a shape that fits nicely with the players at his disposal.

In Ollie Watkins, Leon Bailey and Danny Ings he has three mobile and hard-working forwards who all like to spin down the wide channels that are sometimes left free by the use of narrow wingers.

Behind them, Jacob Ramsey and Emiliano Buendia are both natural attacking midfielders, who are just as comfortable in central areas as they are towards the flanks.

Those two wingers in this framework are also outstanding pressers and ball-winners.

Using Ramsey and Buendia in those positions effectively provides the team with a strong block of four aggressive midfield players; ideal for a counter-pressing team.

Villa's most tackles and pressures 22/23

Tucking the wingers inside also frees up extra space out wide for attacking full-backs and Villa possess two of the best around.

This narrow shape leaves additional room for Matty Cash and Lucas Digne to surge forward when Emery's side launch attacks.

Ramsey contributes greatly to this side in defence and attack.

His goal against Man Utd was his second of the campaign, to go with a pair of assists too.

What an assist. What a finish. 👌 pic.twitter.com/17iym8g7YC

Overall he has created 12 chances so far in 2022/23, which is the joint-leading figure for Villa, alongside Bailey, Buendia and Douglas Luiz.

The 21-year-old has already shown he has the potential to be an important player for Emery.