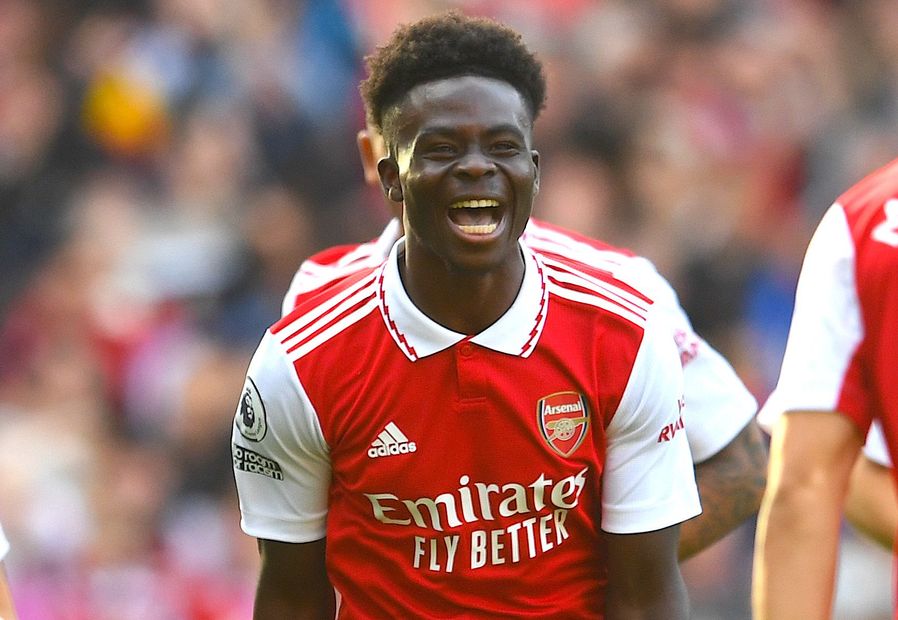 Bukayo Saka is among two Arsenal players named in the best XI, who line up in a 3-4-3 formation

The Arsenal winger has scored all four of his goals this season, and supplied four of his five assists, in his last eight appearances.

Indeed, his total of 53 points from Gameweek 4 onwards is at least 15 points more than any other Gunners player.

Saka earns a place in a Scout Selection that lines up in a 3-4-3 formation, with Erling Haaland (£12.2m) retaining the armband and Mohamed Salah (£12.8m) named vice-captain.

Brentford’s goalkeeper has produced 10 points in each of his last two home matches. Raya can extend that run against a Wolverhampton Wanderers side who have scored only once in their last five road trips.

The Arsenal centre-back has one goal, four clean sheets and six bonus points over his 11 outings. Gabriel’s aerial threat will cause big problems for Nottingham Forest. The Brazilian scored all five of his goals last season from set-pieces.

The Portuguese has two clean sheets and 15 points in his last two outings at Old Trafford. Dalot has created 16 chances this term, second only to the 28 of Bruno Fernandes (£9.8m) for Manchester United.

Liverpool’s Egyptian has five goals and 38 points in his two home meetings with Leeds United. Salah returned to form in midweek with a goal and an assist in the Reds’ 3-0 win over Ajax in the UEFA Champions League.

The Arsenal winger scored twice and collected 15 points in his last appearance at Emirates Stadium, against Liverpool.

A home encounter with Southampton looks encouraging for Zaha’s 23 per cent ownership in Fantasy. He has blanked just once in his last five outings at Selhurst Park, scoring four goals and supplying an assist to total 34 points over that run.

The Man Utd star has a reliable record against his visitors West Ham United, scoring in two of their last three meetings. Playing out of position as a forward for the Red Devils, Rashford’s four big chances in the last four Gameweeks rank top among Fantasy midfielders.

The Norwegian is averaging 10.6 points per match in his debut Fantasy campaign. If he shakes off a knock, he can excel once again as Manchester City visit Leicester City.

Brentford’s forward has five goals and 33 points in his last four home appearances. Toney entertains a Wolves side who have lost three successive away fixtures, conceding at least twice on each occasion.

The Fulham forward has scored in three successive outings ahead of a visit from Everton. At home, Mitrovic’s 26 shots, 24 shots in the box and 12 shots on target all rank second in 2022/23 Fantasy.

See: What to do with Haaland in FPL?