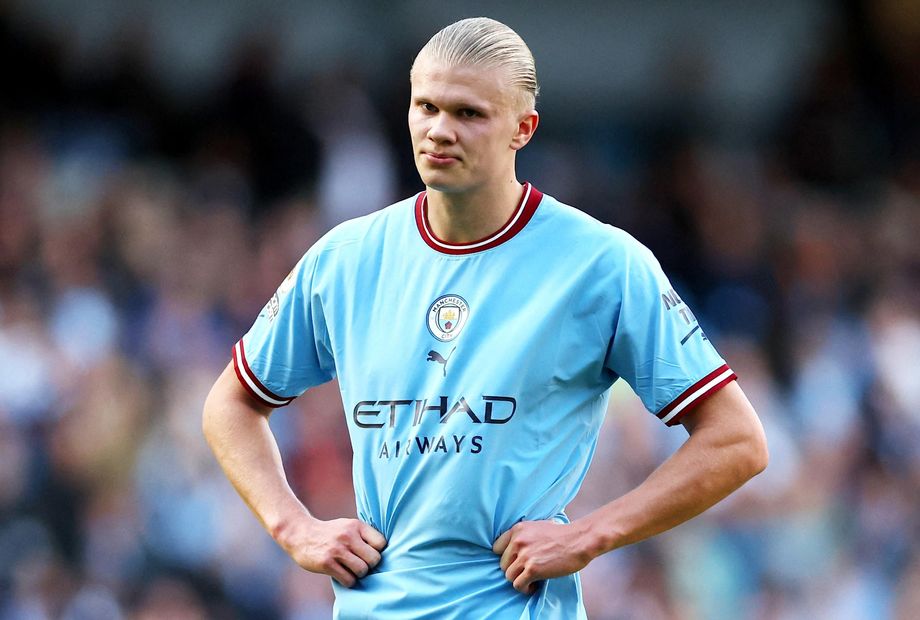 Keep, sell or wait? Find out what The Scout says about the Man City forward

The Scout is looking at what Erling Haaland's (£12.2m) injury might mean after he sustained a knock and was replaced at half-time in Manchester City’s goalless draw with Borussia Dortmund in the UEFA Champions League.

Pep Guardiola said "three things", including a knock to the foot, meant Haaland was unable to play the second half of Tuesday's match.

On Friday Guardiola gave a further update on his top scorer, stating Haaland "feels better" but needs to be assessed ahead of Saturday's trip to Leicester City.

PEP 💬 He (Haaland) feels better but we train this afternoon and we will assess him in the next few hours.#ManCity

Because Haaland remains a doubt, his owners should reconsider handing him the captaincy in case he only features as a late substitute.

However, Haaland's form and fixtures are so good that managers should not contemplate selling him unless he is definitely sidelined, which appears uncertain.

Man City play at home to Fulham and Brentford before the season breaks for the FIFA World Cup after Gameweek 16.

If fit, Haaland would be the overwhelming captain favourite in Fantasy against each of those opponents.

He has produced hauls of 17 points (twice), 23 points and 13 points in his last five at the Etihad Stadium alone.

Should managers want to take a risk and sell Haaland, players such as Harry Kane (£11.5m), Dominic Calvert-Lewin (£7.9m), Ivan Toney (£7.4m) and Callum Wilson (£7.3m) are among the best replacements, while Man City team-mate Julian Alvarez (£6.0m) could profit from a role up front.

Given his massive 84 per cent ownership, not only will managers have to possibly consider replacing him, but also finding someone else to take over the armband.

Kane is of course a strong contender, especially as he has only blanked twice so far this season.