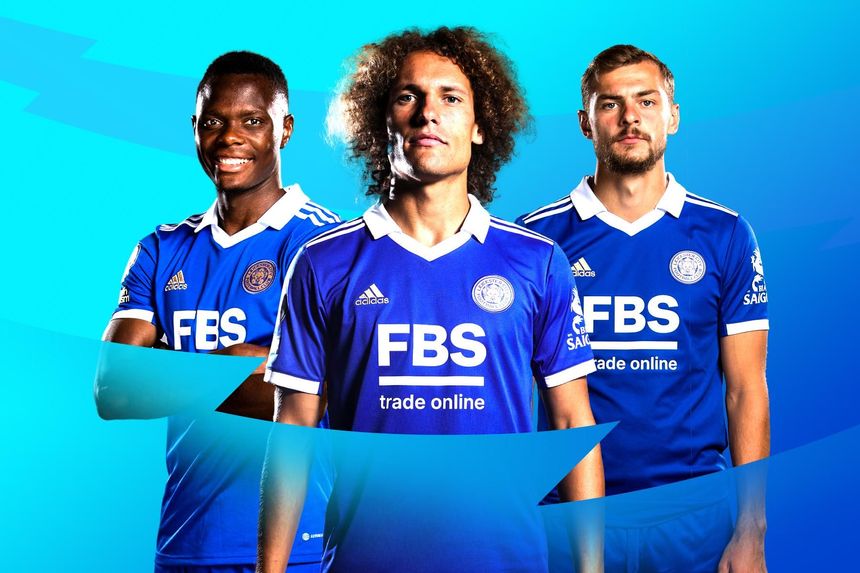 Classic match: Leicester 4-2 Man City
Daka: No one is born a racist

Adrian Clarke looks at key tactical points and players who can be decisive in Matchweek 14.

Four clean sheets in five matches will provide Leicester with the confidence they can give Manchester City a stern test at King Power Stadium this Saturday.

While the Foxes have ridden their luck at times during that run, they do look structurally better.

Brendan Rodgers’ side have also displayed higher levels of resilience.

The addition of new central defender Wout Faes has played a part in Leicester's improved resolve.

The Belgian has shown excellent leadership skills in the absence of Jonny Evans, communicating very well with partner Daniel Amartey and his team-mates.

He is also an incredibly strong and aggressive presence at the heart of defence.

Faes likes to get tight to opposition forwards and throws himself into a lot of physical duels.

No centre-back in the Premier League is averaging more tackles or duels won per 90 minutes than the 24-year-old.

Faes has recovered exceptionally well from a difficult debut, when Leicester lost 6-2 at Tottenham Hotspur.

If Erling Haaland, who is an injury doubt, is fit to start, Faes will feel his performances can help him nullify the threat of the division’s top scorer.

During Leicester's recent 4-0 victories, beating Nottingham Forest 4-0 and winning by the same score line at Wolverhampton Wanderers, they won the ball back inside the final third 11 and 12 times respectively.

In none of their other 10 matches, have they exceeded six turnovers inside the final third.

Rodgers has always encouraged his sides to press with intensity and conviction, so in that facet of their play, they have got back into better habits recently.

Across the last five matches, their opponents have only managed 11.2 passes per defensive action (PPDA) compared with an average of 15.9 in their opening seven fixtures, which is showing how they are limiting their opponents’ passing ability.

That difference is stark and it outlines, in part, why the Foxes have achieved better results.

The hard work of striker Patson Daka and midfielder Kiernan Dewsbury-Hall is often the catalyst for a Leicester press.

They lead the rankings for pressures, which have risen dramatically during this sequence of five fixtures, following their loss at Spurs.

Rodgers has reverted to the high-workload, fast transitions style that has brought the team success in the past.

Leicester scored four goals from just five efforts at Molineux and that ruthlessness has been a theme in recent weeks.

Before their success at Wolves, the Foxes' only two unblocked shots of the match found the back of the net in a 2-0 win at home to Leeds United.

They will need to be just as clinical again, if they are to upset the reigning champions.