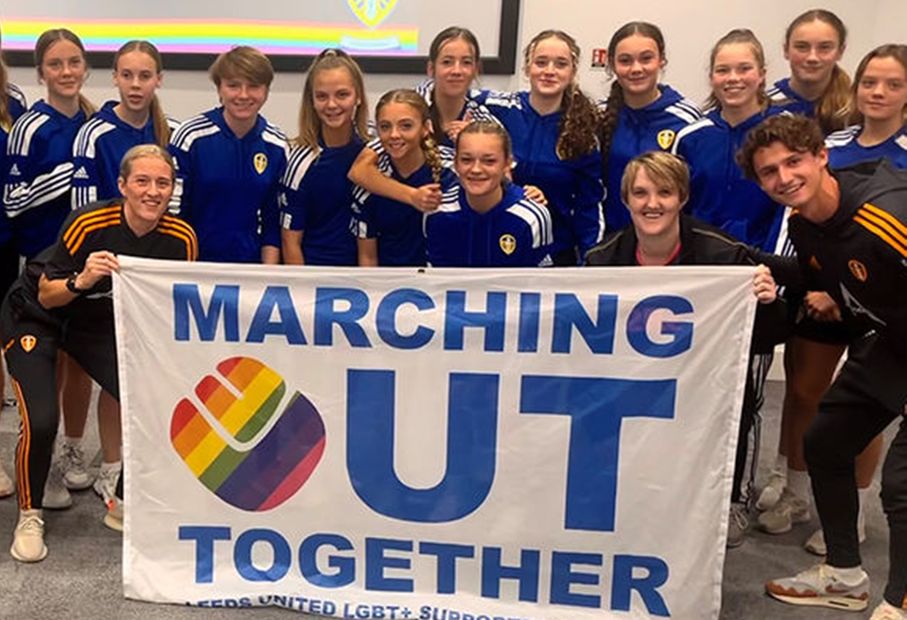 This weekend and next Premier League fans will see the Rainbow Laces campaign celebrated at all matches, but the work that the League and our clubs do to support LGBTQ+ inclusion lasts all-year round and can be found in classrooms throughout England and Wales.

And at Carnegie School of Sport, Leeds United midfielder Brenden Aaronson and Leeds United Women captain Rebekah Bass saw how the Leeds United Foundation are educating the next generation about inclusivity and diversity when they sat in on a workshop with players from the club's Under-16s girls' academy.

"[Discrimination] is something that is happening in the world and I am really happy to be a part of LGBTQ+ events like this and I want to use my platform to help people out and let them know I am there for them," Aaronson said.

"The Premier League's platform is something we need to be using this campaign for, the Rainbow Laces campaign is huge and it will really show the world we care."

Rainbow Laces: Inclusion has no off-season introduces Rainbow Laces and what it means, helping teachers facilitate discussions on why inclusion is important and giving pupils the opportunity to design their own rainbow football boot with a message in support of LGBTQ+ inclusion.

"To get that insight into it is absolutely brilliant, I think it helps a lot of kids growing up who might have those feelings or might be worried about things that are going on, but they need to understand that people are with them, and it's fine to be what you are," Bass said.