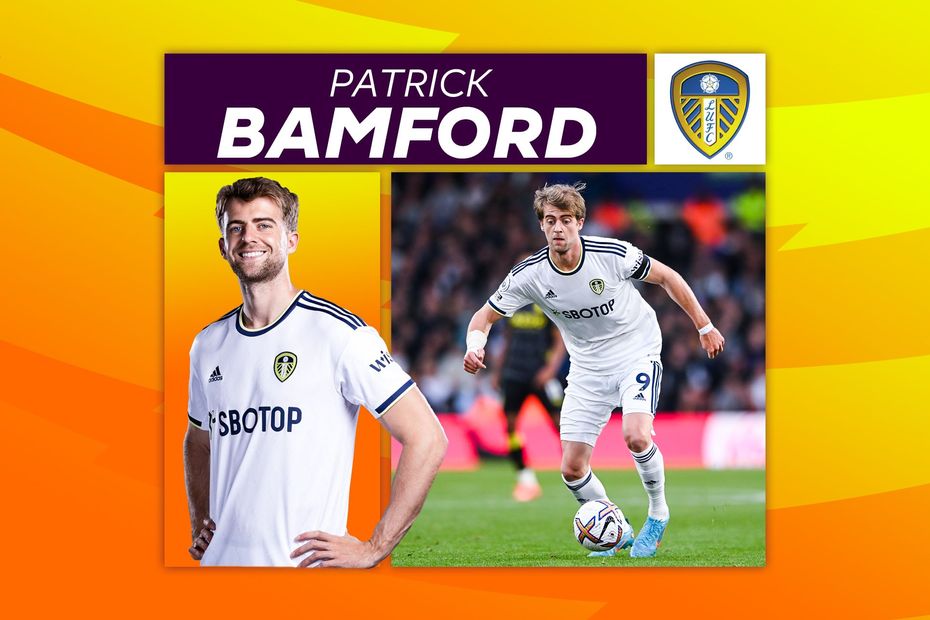 Jesse Marsch: The mentality and fight in this team is strong External Link
PL30: Gelhardt and Adams honour Community Captain

In a huge boost for Leeds United head coach Jesse Marsch, the fit-again striker could be in line to make only his third Premier League start since March at Crystal Palace.

The 29-year-old was sorely missed last season, starting only seven times in an injury-ravaged campaign.

Outstanding throughout 2020/21, a season in which he scored 17 Premier League goals and earned an England call-up, Bamford is very much Leeds' first-choice centre-forward.

The return of his movement, industry and finishing ability could be a game-changer for Marsch's side.

Leeds offer a greater attacking threat if Bamford is in the starting XI.

His absence through injury left a void up front that former head coach Marcelo Bielsa and Marsch struggled to adequately fill, and results suffered.

A win rate of 40.4 per cent with the striker included, compared to 25.8 per cent without him, is a clear indication of his value to the side.

The average goals scored per match also increases from 1.1 to 1.6 when Bamford starts.

Spain international Rodrigo has made an impression already this season, notching four goals in six starts.

The 31-year-old can play as a lone front man but is also comfortable working in a support-striker role, and this is where he fits in alongside Bamford.

The duo have played together this way in the past and they have a strong chemistry.

In fact, across their last four top-flight outings as a pair, Leeds have scored nine goals at a rate of 2.25 per match.

Those fixtures also produced three wins and a draw.

Bamford is more natural at making forward runs off the shoulder of the last man, while Rodrigo is at his best when arriving later inside the box.

As a pair, they are also excellent at rotating positions and mixing up their movement.

Their combined skill and experience can pose problems for Palace's defence.

Bamford is at his best when running on to through-balls or getting on the end of half-chances that pop up inside the penalty area.

Nineteen of his 21 top-flight strikes have come from close range, with the vast majority left-footed finishes.

His conversion rate can be erratic at times but an instinct for finding space, coupled with his highly intelligent runs beyond defenders, helps him get plenty of opportunities to score.

Since their return to the Premier League, no Leeds player has averaged more shots per 90 minutes or scored at a more prolific rate.

It may take Bamford a short while to get up to full speed on his return from injury but he should pose a threat every time he steps on to the pitch.

Palace will understand that Bamford's potential inclusion for Leeds this Sunday will make them more formidable opponents.