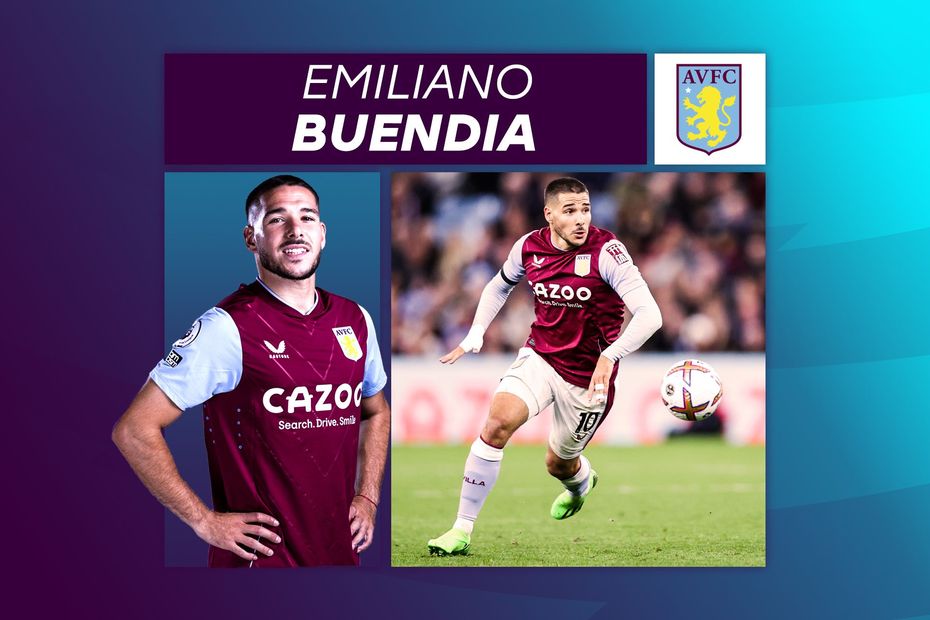 Having not conceded a Premier League goal in 220 minutes, Aston Villa head to Nottingham Forest on Monday with renewed defensive security.

Their run began with an impressive 1-1 home draw with free-scoring Manchester City.

A narrow 1-0 win against Southampton at Villa Park and a 0-0 result at 10-man Leeds United followed, and during those tight encounters, Steven Gerrard’s side only faced a total of 13 shots, with just two on target.

In a 4-3-2-1 formation, Villa have a sturdier platform to build from at the City Ground.

The onus is now on them to improve their attacking output, which could prompt a recall for Buendia.

No individual has scored more than once yet and their shot conversion rate, (excluding blocks), is ranked 18th at 9.68 per cent.

Sometimes a little too slow in their build-up play and perhaps over-reliant on their full-backs to supply chances, Villa have not put enough pressure on the opposition goal.

Just one top-flight team has attempted fewer shots from open play than Villa this season.

Gerrard and his coaching staff may feel encouraged by what they saw from Forest in their 4-0 loss at Leicester City on Monday.

In an experimental 4-2-3-1 system, and with so many new faces in the starting XI, Steve Cooper’s side were pulled out of their shape on numerous occasions.

Regularly leaving too much room between their midfield and defence, the Foxes made the most of this, as wide forwards James Maddison and Harvey Barnes slipped inside into half-spaces.

With more time required for Forest’s signings to gel, Villa will look to exploit those same fragilities.

Buendia, who has started just twice so far, may come into Gerrard’s thinking for this encounter.

The Argentine had 27 touches in just 26 minutes as a substitute at Leeds and looked fired up to make a big impression.

Leon Bailey, the player he replaced, enjoyed three fewer touches in 64 minutes and made 10 less passes than Buendia.

His match-time may have been restricted until now, but Buendia has got himself into good goalscoring positions when he has featured.

In fact, his Expected Goals average (0.48 per 90) is by some distance the highest of any Villa player.

The former Norwich City playmaker is also their most creative attacking midfielder.

Mainly from open play, but also with the occasional set-piece delivery too, he has carved out 2.14 key passes per 90 minutes.

That is more than double the figures produced by Bailey and Philippe Coutinho, the team-mates who have effectively kept him out of the starting XI.

Away from home, it would be a surprise to see Gerrard deviate from a 4-3-2-1 formation at Forest, and Buendia could be a key man in one of those pivotal attacking midfield slots.

His hunger to get on the ball and make things happen has potential to lift Villa and boost their attack.