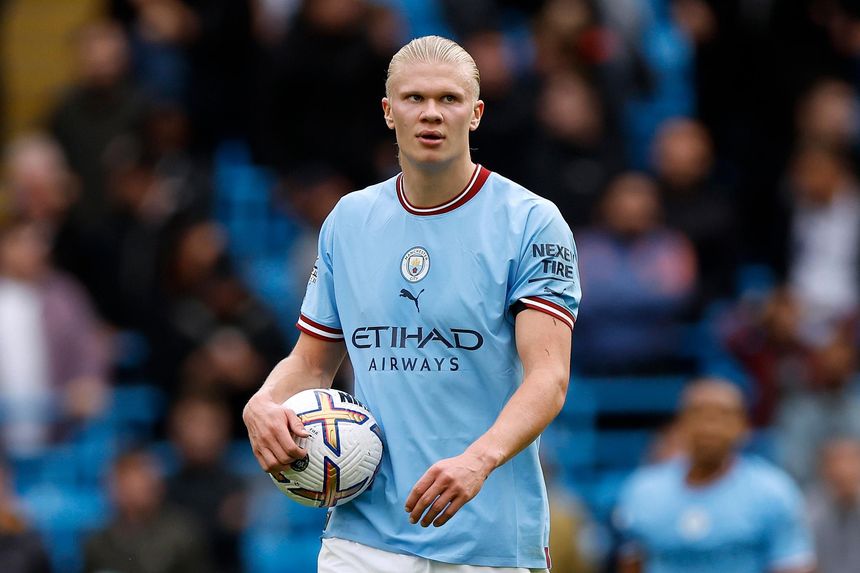 In becoming the first player to score three successive home hat-tricks in Premier League matches, Erling Haaland set one of a number of records as Manchester City eased past Manchester United 6-3 on Sunday.

City's win was the highest-scoring Manchester derby ever, in the 187th competitive meeting between the teams.

Haaland had already written his name into the history books before kick-off, with his competition-high nine goals in his first five Premier League appearances.

And he followed his home hat-tricks against Crystal Palace and Nottingham Forest with an historic treble against Erik ten Hag's team.

Haaland was also the first City player to score a hat-trick in the derby in the Premier League, and the first in the top flight since Francis Lee in December 1970.

His feats are underlined by the fact that he eviscerated Michael Owen's mark of being the fastest player to score three Premier League hat-tricks. While Owen needed 48 matches to get a hat-trick of hat-tricks, Haaland required only eight.

Only Robert Pires and Jermaine Pennant, in Arsenal's 6-1 home win over Southampton in 2002/03, and Ayoze Perez and Jamie Vardy, for Leicester City in a 9-0 win at Southampton in 2019/20, had previously achieved that feat.

Man Utd will want to forget the result, but there were nonetheless notable performances by Antony and Anthony Martial.

Antony became only the sixth player to score in both of his first two Premier League appearances for the club, while Martial's brace was just the second time a substitute had netted twice in the Manchester derby, after Edin Dzeko in City's 6-1 win in October 2011.