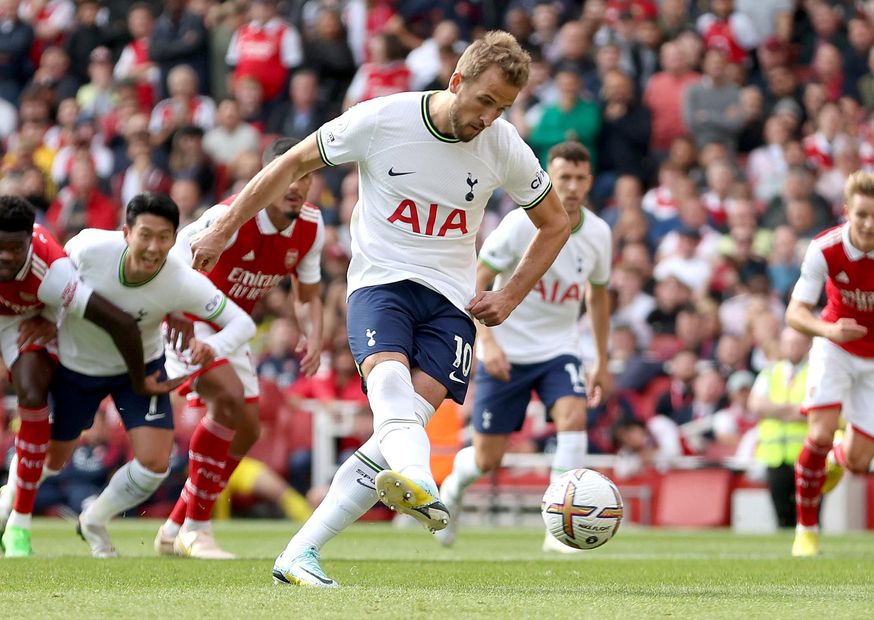 In scoring his inevitable goal against Arsenal, Harry Kane also set a number of Premier League records, including becoming the first player to score 100 times away from home in the competition.

Kane’s first-half penalty, in his side's 3-1 defeat at Emirates Stadium, took the Tottenham Hotspur striker to the century, six ahead of his nearest rival, Wayne Rooney.

The only current player in the top 10 is Jamie Vardy, with 64 away goals.

Most away PL goals

It was also the seventh penalty Kane has scored against Arsenal, the joint-highest a player has managed against a single opponent, pulling level with Alan Shearer versus Everton.

His goal confirmed Arsenal as being Kane's favourite opponent, as this was his 14th goal against them, which is also two ahead of Rooney in terms of the player to have scored the most goals against the Gunners.

The penalty also set another record that would have given some consolation to Spurs fans.

It was Kane's 44th Premier League goal in a London derby, overtaking the 43 of Arsenal legend Thierry Henry.