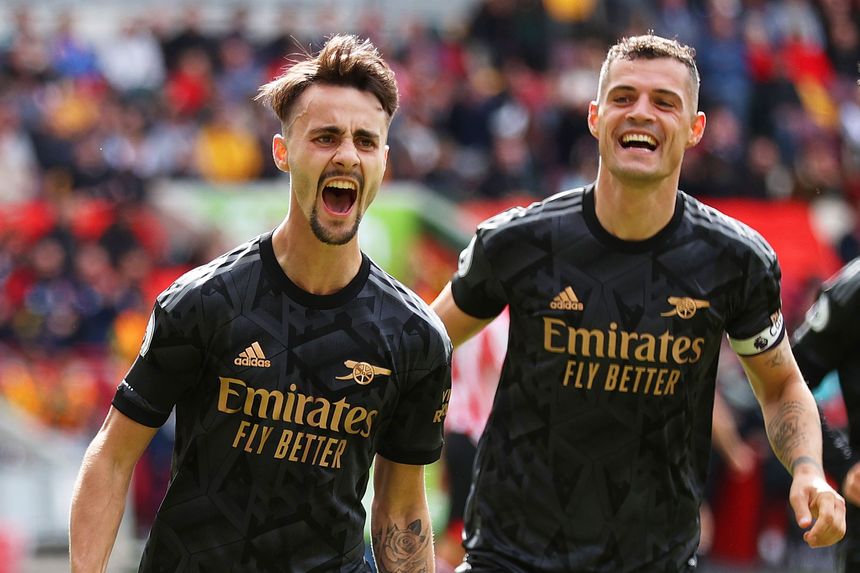 Arteta on the win, Xhaka, Vieira and Nwaneri External Link

Arsenal returned to the top of the Premier League table with a convincing 3-0 victory at Brentford.

First-half headers from William Saliba and Gabriel Jesus set the Gunners on their way and Fabio Vieira marked his full debut with a superb long-range strike four minutes after half-time for their third.

On a day when Premier League clubs, players, managers and fans continued to come together to pay their respects to Her Majesty The Queen, it was also a memorable occasion for Ethan Nwaneri, who became the youngest Premier League player at 15 years and 181 days, when he came on as a late substitute.

Arsenal's sixth win of the season moves them one point clear of Manchester City and Tottenham Hotspur. The Gunners are next in action at home to Spurs on 1 October. Brentford lie ninth with nine points.

Maupay off the mark

In the later match, Neal Maupay struck the decisive goal as Everton recorded their first Premier League win of the season with a 1-0 victory over West Ham United.

Everton broke the deadlock on 53 minutes with Maupay's crisp half-volley. He has now netted in all three of his top-flight starts against West Ham.

Said Benrahma came close to an equaliser with 15 minutes left, but his curling effort hit the inside of the post.

Victory moves Everton up to 13th spot on seven points, three clear of West Ham, who remain third from bottom following their joint-worst start to a Premier League season.