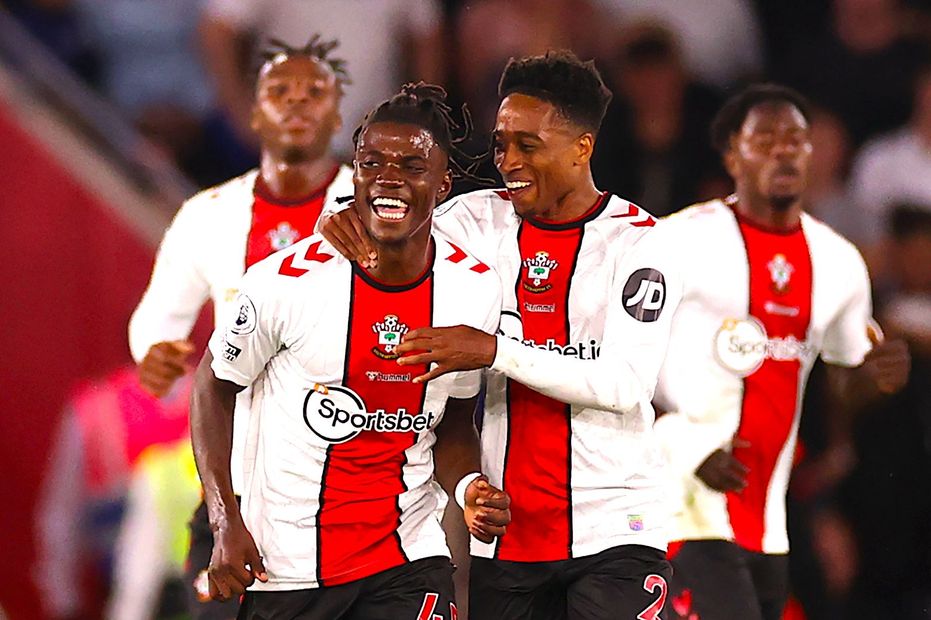 Goals from Romeo Lavia and Adam Armstrong helped Southampton earn an impressive 2-1 comeback home win over Chelsea, their first in nine years, that sent them seventh in the table.

Armstrong fired Southampton into the lead on the stroke of half-time and they held on to move level on points with eighth-placed Chelsea, and ahead on goals scored.

Leon Osman cited the work ethic instilled by Southampton head coach Ralph Hasenhuttl into his young team for the turnaround.

"I find it amazing that he says his team find it fun working hard," the ex-Everton star said. "No one finds it fun running around as much as his team did tonight!"

Aleksandar Mitrovic scored his fifth goal of the season as Fulham made it back-to-back home wins by beating Brighton & Hove Albion 2-1.

Mitrovic and a Lewis Dunk own goal put the Cottagers 2-0 up.

Alexis Mac Allister's penalty was not enough to extend an unbeaten start to the campaign for Brighton, who stay fourth on 10 points, two more than sixth-placed Fulham.

Wilfried Zaha returned from injury to open the scoring with a superb curled effort, but in a thrilling finale Wissa struck with two minutes remaining to earn Brentford their third draw of the season.

They sit ninth with six points, one more than 13th-placed Palace.

Sinisterra off the mark

Luis Sinisterra scored his first Premier League goal to secure a point for Leeds United, as they drew 1-1 with Everton.

Anthony Gordon made it two goals in two matches to give Everton the lead at a raucous Elland Road, but Sinisterra's low shot means Everton's wait for a first away win since May 2021 goes on.

Can Arsenal extend 100 per cent start?

Mikel Arteta's side will be aiming to maintain their perfect start to the season on Wednesday at home to Aston Villa.

Elsewhere, AFC Bournemouth host Wolverhampton Wanderers in what will be the Cherries' first match since Scott Parker left the club.

Manchester City, Tottenham Hotspur and Liverpool are also all in action on Wednesday.