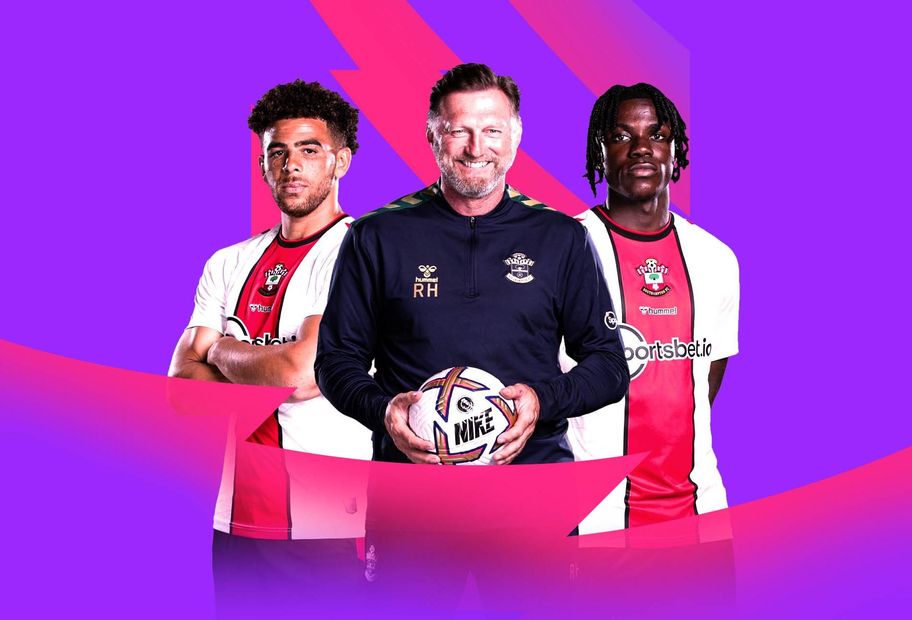 And in their previous fixture, a 2-2 comeback draw against Leeds United, Adam Armstrong and Sekou Mara climbed off the bench to supply fabulous assists for fellow sub Joe Aribo and right-back Kyle Walker-Peters.

Changing formation several times, Hasenhuttl's in-game decision-making was outstanding during the second halves of both matches.

Those calls effectively earned his side four precious points.

Look no further for your #MondayMotivation 👊 pic.twitter.com/d7Q7kXn5y2

Southampton have never enjoyed the benefit of a huge squad, yet they have still made game-changing substitutions.

Since Hasenhuttl took charge in December 2018, only Leicester City of the "non-Big Six" clubs has benefited from more goals and assists from players who started on the bench.

Saints would prefer a fast start this weekend against a rejuvenated Man Utd but if they do go behind there will be no reason to panic.

Given the influence of Adams, Aribo, Armstrong and Mara across the last two matches as subs, Hasenhuttl's selection against United will be interesting.

Last season that remained their preferred shape for 28 matches, but Hasenhuttl also displayed a new penchant for varying his formations.

In those remaining 10 fixtures he experimented with seven different systems of play.

This season Southampton's shape has already evolved from a 3-5-2 against Tottenham Hotspur to a 3-4-2-1 versus Leeds and the 4-2-3-1 formation at Leicester.

During their thrilling draw with Jesse Marsch's side, Hasenhuttl’s second-half switch to a back four was an inspired call.

Southampton are expected to start this weekend’s encounter with a flat back four.

One of Southampton's standout players has been 18-year-old summer signing Romeo Lavia.

The Belgian joined from Manchester City and despite his inexperience he has looked at home in midfield.

Playing all 270 minutes so far, the defensive midfielder has broken up play in a confident manner, topping Southampton's rankings for interceptions and ball recoveries.

In possession he has also used the ball accurately.

Lavia's principle role on Saturday will be to disrupt Man Utd’s attacks.

If he can ensure Bruno Fernandes and Marcus Rashford are kept quiet down the spine, it will give Hasenhuttl's men a great chance to take all three points.

Part 1: Arsenal must be alert to aerial threat of Mitrovic
Part 3: Williams and Perisic set for key duel of the wing-backs