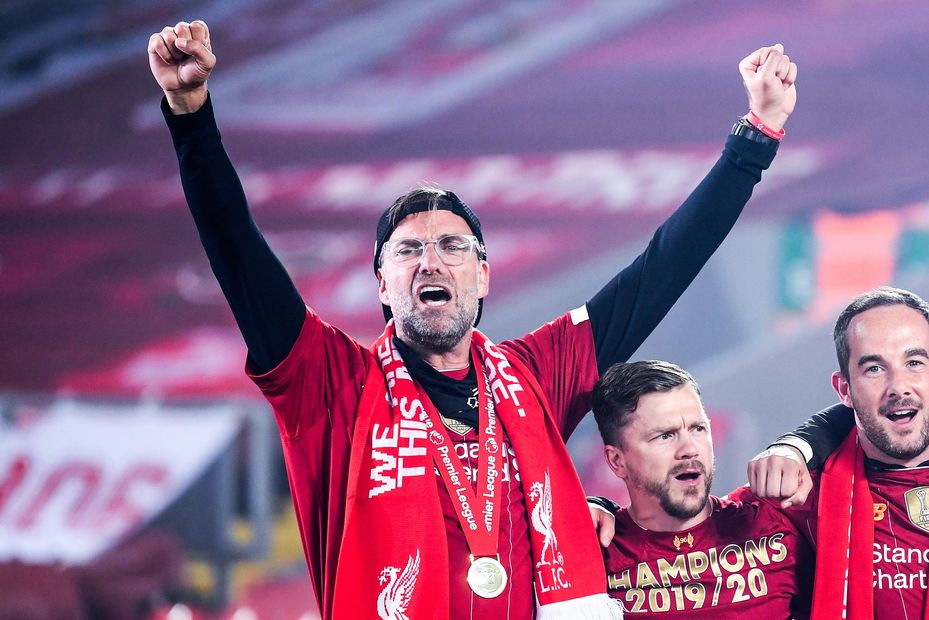 After a 30-year wait for top-flight silverware, Liverpool finally won the Premier League in 2019/20

Intensity across the pitch – in pressing, in counter-attacking, in movement.

And ever since its arrival, Liverpool fans had a hint that glory could follow. That maybe, just maybe, their long wait for top flight silverware could end.

Thirty years after their last, so it proved.

Liverpool broke all manner of records on their way. Eighteen wins in a row. Twenty-three home wins in a row. Forty-four matches without defeat. Ninety-nie points from 38 fixtures.

Celebrations were sparked throughout the city. For Klopp, and the fans, it was the stuff of dreams – always longed for, indescribable once fulfilled.

Liverpool were making history once more.

Part 2: How Klopp transformed Liverpool into champions
Part 3: How Klopp's first XI compared to his title-winning side