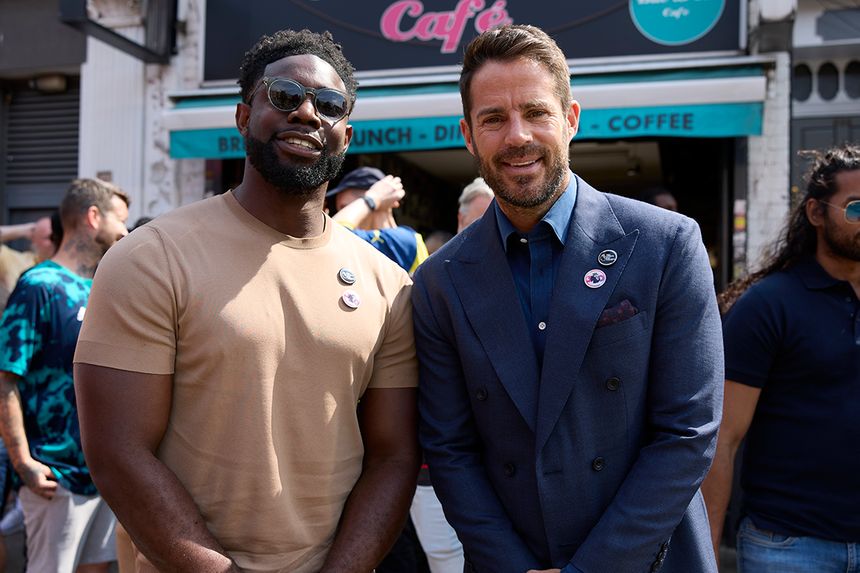 As the Premier League celebrates exactly 30 years since it first kicked off, some of the players to have graced the competition have been sharing their memories of that opening day and their favourite moments in the three decades since.

Former players who featured in the PL30 advert, that has just gone live, have recalled their favourite players, incidents or celebrations.

On the Premier League's 30th anniversary:
"Three decades of the Premier League is incredible when you think about it. All the great memories, great goals and magic moments. When it first started, people weren’t immediately receptive - but my goodness didn’t it take off?

"The Premier League has done a great job for football. It has changed everything, it's given players and managers a real platform to be superstars and that's why I think it is the best league in the world."

On its most iconic moment:
"Blackburn winning the Premier League at Anfield was an amazing day. I was involved as a player from Liverpool’s side so it wasn’t the perfect scenario because I'd much rather have been trying to win the league.

“Everyone in the stadium wanted Blackburn to win the league that year because they were vying against Manchester United and my dad was managing West Ham against them.

"It made for one of the most bizarre occasions because before the game Liverpool fans were coming up to us saying 'make sure you don’t win today' because they didn't want United to win the league, so it put us in a very difficult position.

"West Ham managed to get a draw against Sir Alex Ferguson's Man Utd and we ended up beating Blackburn. It sort of worked out the perfect day and kept all the fans happy. I’ve never been in a stadium where everyone is in jubilation. Liverpool fans were buzzing that United hadn't won it and Blackburn fans were on such a high to win the league."

On his favourite Premier League moment:
"As a player, my favourite moment has to be [Sergio] Aguero [winning the title 2011/12]. It can't be topped.

"If you look at when the ball was played into Aguero, it was a striker's instinct. He waited, he dropped his shoulder and you think he’s going to shoot across the goalkeeper, but he goes near side. A lot of people think he shanked it, but only Aguero could do that. It was an unbelievable moment and the best feeling ever of all that hard work coming together."

Favourite goal:
"My favourite goal in the Premier League has to be Tony Yeboah's [Goal of the Season against Wimbledon]. Remember when it hit the bar - it was ridiculous. Just the technique to hit it that hard and keep it that precise was unbelievable. He only scored screamers and because I’m from Leeds, it was played over and over at school and wherever I went."

On his favourite players:
"Dennis Bergkamp was a genius. If you look at all these flair players you have now, he started it. When you study and look at his technical ability to find space and play the ball, he’s got to be up there.

"Thierry Henry had 'va va voom'. He just brought that sauce, I remember playing against him at right-back, he knocked it through my legs and turned around and gave me a little wink. He was impossible to mark."

On his favourite Premier League moment:
"Personally, I've got so many great memories in the Premier League. I think, coming back from the 1998 World Cup and scoring a hat-trick for Liverpool against Newcastle is right up there. Just because there was a lot of pressure at the time and I was only 18.

"I think people expected a lot from me at that point, so scoring a hat-trick - especially that third goal and the celebration that went with it, was a great moment. And then to score a last-minute winner for United in the Manchester derby was another good one."

On his first Premier League goal:
"I don't think we all realised quite what the Premier League was going to become 30 years ago. It was a new thing and exciting times, there were dancing girls on a Monday night and it was all fandabidozi.

"I can remember scoring the first live goal on a Sunday afternoon for [Nottingham] Forest against Liverpool. What a goal to start off that era, David James was in goal and he looked huge - I remember thinking 'how am I going to score this?' so I hit it as hard as I could into the top corner."

On Jurgen Klinsmann's 'dive' celebration:
"When Jurgen Klinsmann came over, he was a massive signing for Tottenham Hotspur and everyone was so excited at the time. Some people had said about him diving and we don’t want him in English football.

"We were playing Sheffield Wednesday in his first game. Me and David Kerslake had a chat with him before the game and said if you score, to do a dive to take the mickey out of what he'd been portrayed as being.

"When he scored the first goal on that Saturday afternoon, he dived and we all dived on top of him. It was quite a funny moment for football fans and again when we came back to White Hart Lane, we told him he’d have to do it again in front of the Tottenham fans and he did it again and they all loved it."