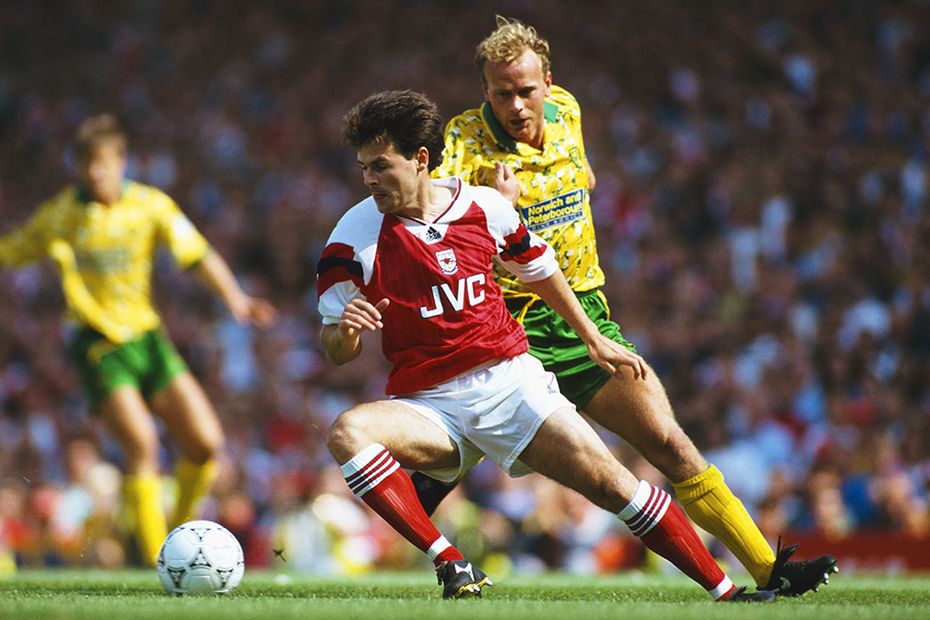 'The Premier League has done a great job for football'
PL30: Test your knowledge of Premier League history
Ad celebrates League's 30 years of success and support of fans

Thirty years ago today it was the start of an exciting era as a new competition, the Premier League, kicked off in England.

Featuring 22 teams, and a host of famous faces and signings, there were nine matches on the opening day for fans to enjoy.

"You didn't know what to expect, but you saw all of these new things," Crystal Palace striker Mark Bright told the club's official website, having played and scored for the Eagles in a thrilling 3-3 draw with Blackburn Rovers that weekend.

"'They're going to have Monday night football? Wow, that’s going to change everything!'

"It was all stuff we had to get used to and it revolutionised football. It was marketed really well: adverts across TV, billboards, massive pictures of you around town. You're stars."

The first Premier League goal arrived after only five minutes of action, when Sheffield United's Brian Deane scored against Manchester United. He added a second from the penalty spot just after half-time, as Sir Alex Ferguson's team suffered an opening-day loss.

Leeds United had won the First Division title the previous season and they got their Premier League campaign off to a winning start, with Lee Chapman scoring both goals in a 2-1 victory over Wimbledon.

At Selhurst Park, Alan Shearer gave a hint as to the record-breaking goalscoring exploits that were to follow when he scored two superb goals on his Blackburn debut.

Norwich City stunned Arsenal at Highbury, coming from two goals down to record a 4-2 win, with Mark Robins sealing the victory with a sublime chip over David Seaman.

David Smith struck from close range to help Coventry City start off with a 2-1 home success over Middlesbrough, and a fine Barry Horne strike gave Everton a 1-1 draw with Sheffield Wednesday.

Aston Villa and Oldham Athletic also came from behind to draw their first Premier League matches, at Ipswich Town and Chelsea respectively, while Southampton and Tottenham Hotspur played out a stalemate at The Dell.

Nottingham Forest and Liverpool would have to wait until Sunday afternoon before starting their campaigns, in the first live televised Premier League fixture.

The first live televised goal was scored by Teddy Sheringham, which was enough for Forest to claim a 1-0 win.

"What a goal to start off that era," said Sheringham. "David James was in goal and he looked huge. I remember thinking, 'How am I going to score this?' so I hit it as hard as I could into the top corner.

"I don't think we all realised quite what the Premier League was going to become 30 years ago. It was a new thing and exciting times. There were dancing girls on a Monday night and it was all fan-dabby-dozy."