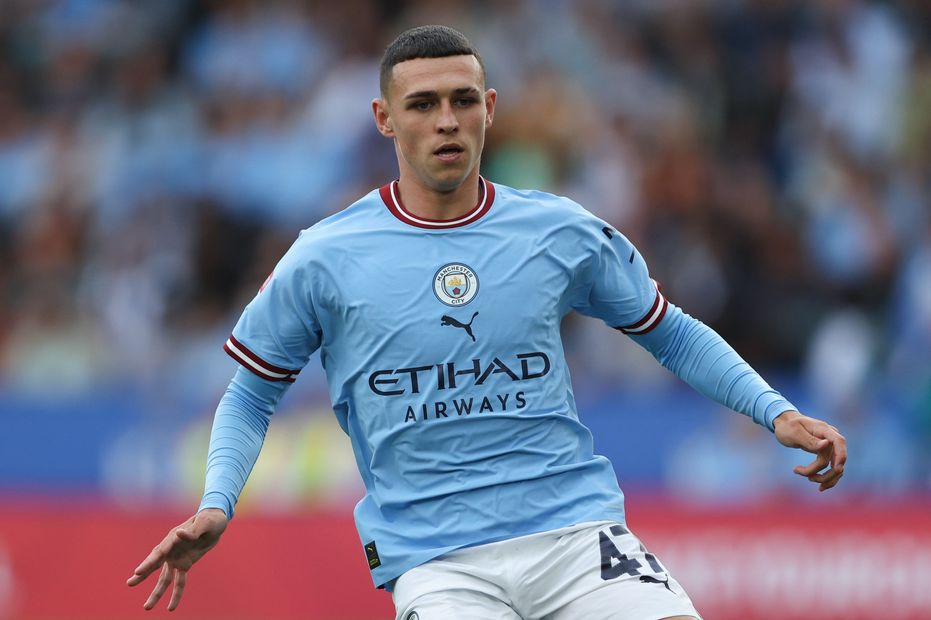 GW2 Captains: Haaland can threaten Salah's No 1 status
The FPL Pod: Make the most of midfield options
FPL Gameweek 2 Ones to watch

Both clubs are set to play their first home match of the season, lifting the appeal of their key picks at both ends of the pitch.

Haaland has quickly established himself as a top target after his two goals and 13 points against West Ham United.

Over 900,000 managers have brought in the Norwegian forward ahead of Saturday’s 11:00 BST deadline.

Haaland’s total of four big chances was more than any other player in Gameweek 1.

Salah started the campaign with the 50th double-figure haul of his career away to Fulham.

The Egyptian has a fine record against Palace, amassing 44 points in his last four home meetings with them.

Foden looks set for another start on the right of Pep Guardiola’s front three, while Nunez is expected to start against the Eagles after scoring as a substitute in back-to-back matches.

In defence, Trent Alexander-Arnold (£7.5m) and Joao Cancelo (£7.0m) both ranked among the top five players in the 2021/22 overall standings thanks to their multiple routes to returns.

Haaland is given the armband on his home debut, with Salah named as vice-captain.

A home fixture against Newcastle United gives the Brighton & Hove Albion No 1 the chance to build on his strong display in Gameweek 1. Sanchez earned four points against Manchester United, making five saves and collecting one bonus point in his side's 2-1 away win.

Arsenal’s centre-back had big success at both ends of the pitch in his two meetings with Leicester City last term. Gabriel combined a goal and two clean sheets with three bonus, totalling 21 points.

The Aston Villa left-back offers potential at both ends of the pitch at home to Everton. Digne’s 34 key passes and four assists both ranked second for Villa after Steven Gerrard was appointed head coach in Gameweek 12 last term.

Liverpool’s talisman was captained by nearly 3.3million managers in Gameweek 1 and is expected to be the most-selected pick once again.

An ownership of 6.4 per cent makes the England star a huge differential against AFC Bournemouth.

The Brazilian’s 11 big chances in home matches was a team-leading total for Arsenal last term. Martinelli is the second most-owned midfielder in Fantasy, found in 25.8 per cent of squads.

The Leeds United winger created six chances in Gameweek 1, more than any other player. Harrison scored in three of his final five away matches last season, highlighting his all-round threat against Southampton.

The forward was involved in a goal every 69.8 minutes in his final two league seasons with Borussia Dortmund.

Despite featuring as a second-half substitute at Fulham, Nunez’s three big chances placed second only to Haaland in Gameweek 1.