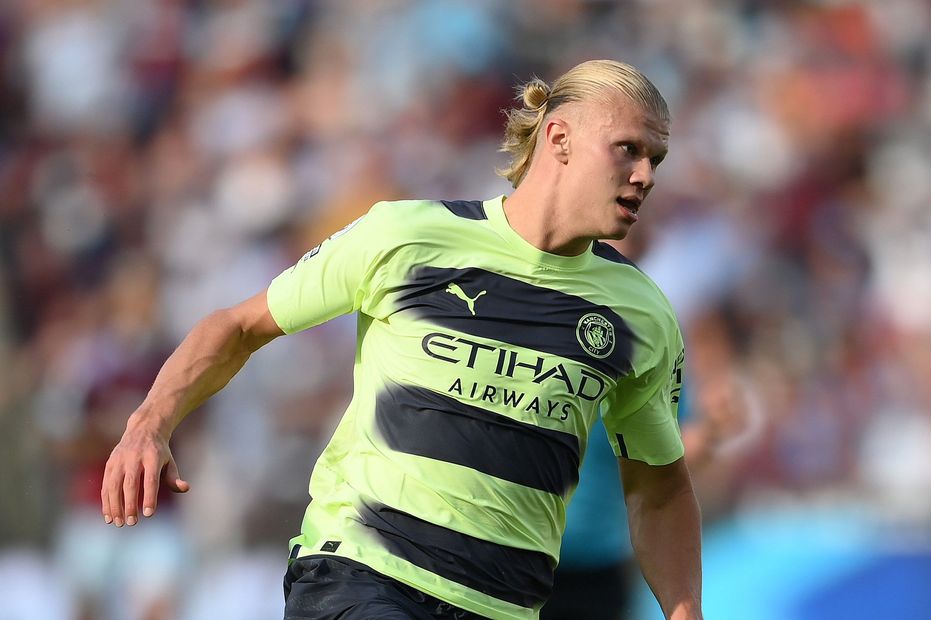 FPL Gameweek 2 Ones to watch
Scholes: Haaland reminds me of Van Nistelrooy
The FPL Pod: Make the most of midfield options

Erling Haaland (£11.6m) and Mohamed Salah (£13.0m) will dominate the captaincy decision of millions of managers in Gameweek 2 of Fantasy Premier League.

The Manchester City and Liverpool big-hitters have started the season in top form, producing 13 and 12 points against West Ham United and Fulham respectively last weekend.

Salah was the most-selected captain in Gameweek 1, backed by almost 3.3 million managers.

And he is very likely to retain top spot for the Reds’ clash with Crystal Palace.

The Egyptian has amassed 44 points in his last four home meetings with the Eagles.

However, Haaland poses a real threat to Salah’s armband popularity.

The Norwegian’s two goals and 13-point debut for Manchester City have made him the top target for Gameweek 2.

He has earned a massive 887,000 transfers in for his home encounter with AFC Bournemouth.

Haaland was supplied with four big chances in Gameweek 1, more than any other player. He is clearly thriving as the focal point of the champions’ attack and there would be no surprise if he outscores Salah.

Nunez looks set to start against the Eagles after back-to-back goals as a substitute in Liverpool’s last two matches.

Don't rule out Kane and Bowen

Harry Kane’s (£11.4m) away output last term suggests he could punish the 690,000+ managers who have sold him for Tottenham Hotspur’s visit to Chelsea.

He produced 11 assists in away matches, at least four more than any other player in Fantasy.

He visits Nottingham Forest who conceded nine shots on target in Gameweek 1 against Newcastle United, more than any other side.