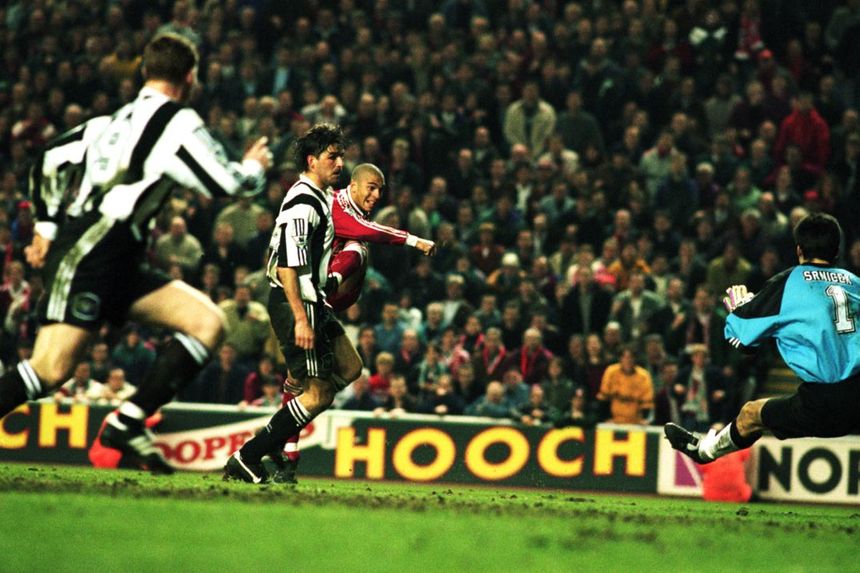 On 3 April, 1996, Liverpool hosted Newcastle United for a game that would be writ into legend.

Both teams were in the title hunt - even if Newcastle had surrendered momentum having led by 10 points at Christmas.

And both teams had their way of playing - attack.

As early as the second minute the net rippled as Liverpool and Robbie Fowler opened the scoring. The gloves were off.

For 90 more minutes momentum ebbed and flowed as the two staged a masterclass in swashbuckling, breathless attacking football.

End to end, momentum transferring in the flick of an ankle, it took until the 92nd minute for one team to find the killer below.

It was, quite simply, one of the most stunning games of football the Premier League had ever seen.

Part 1: Test your knowledge of Liverpool and Newcastle's 1996 thriller
Part 2: Poll: Which is the best-ever Premier League match?