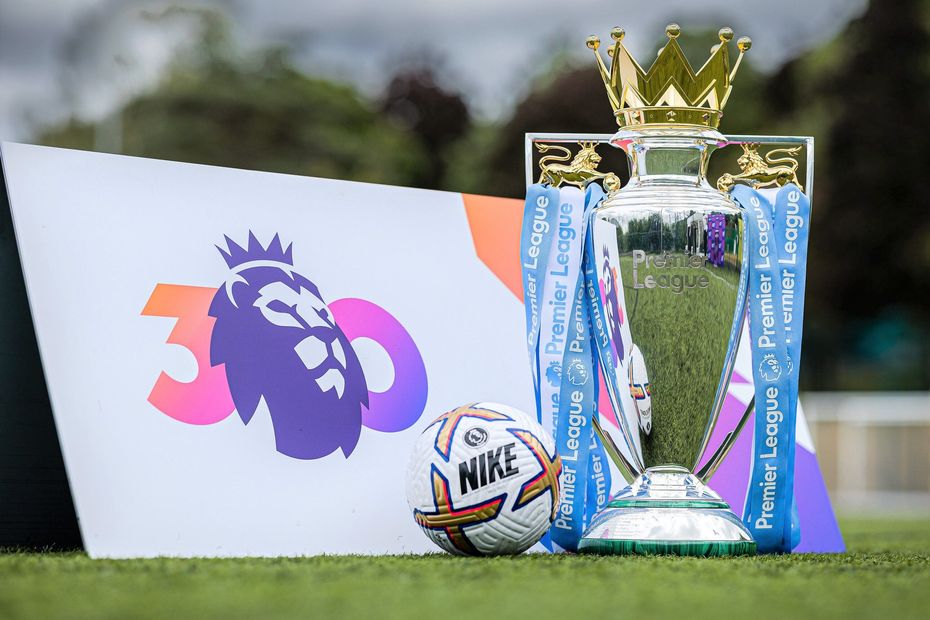 The League’s all-time leading scorer Alan Shearer will see off the Trophy as it visits Premier League, EFL, non-league and women’s clubs who have benefited from Premier League investment.

Since its first day, on 15 August 1992, the Premier League has become the most popular football league globally thanks to the world-class players and managers who have delivered captivating football. The League is broadcast to 800million homes in 188 countries. Crowds attending matches last season were at an all-time high, with a total attendance over the 380 matches of 15.2million.

This growing popularity has enabled the League to provide a significant level of financial support throughout the game and to communities across England and Wales, which is unparalleled in professional sport.

Premier League Chief Executive Richard Masters said: “As we look back on the last 30 years, people will have their own favourite Premier League memories.

"For many this will be the moments of brilliance players have produced on the pitch – the unforgettable goals, skills, matches and seasons. But there are also the lesser-known stories within communities as a result of the life-changing activity that clubs at all levels of the game carry out week in, week out thanks to our wide-ranging investment.

"We are proud of the unprecedented funding we provide for communities and wider football. As we look to the future, we are committed to delivering more than ever, to help develop the game and provide opportunities for people of all ages.

"It has all been possible thanks to an incredible 30 years of football and I look forward to seeing what the future holds.”

During the PL30 campaign and the Trophy Tour, clubs across the football pyramid will name a Community Captain – one of the many people who have been a part of the Premier League’s success and had a positive impact on the lives of people connected to their football club.

The tour will also visit the studios of Sky, which has broadcast live Premier League football throughout the last 30 years.

During the tour, the League will be announcing new financial commitments to benefit fans and communities. This includes increased investment into the Premier League Fans’ Fund, with £5m available to support fan engagement projects across the top four divisions of the football pyramid.

The League is also investing an additional £13.5million into the Football Foundation to create small-sided pitches in the heart of communities that need them the most. The tour will also give an opportunity to highlight new Premier League investment into women’s and girls’ football, including the Emerging Talent Centres announced earlier this summer.

We will also launch an "Iconic Stories" content series from today, focusing on 10 of the most memorable on-pitch moments of the last three decades. This includes some of the best matches, goals and title triumphs, such as Leicester City’s fairytale 2015/16 season and Sergio Aguero’s dramatic late winner to clinch the 2011/12 title for Manchester City.

Fans around the world can view one video per day at youtube.com/premierleague and are invited to share their own favourite memories of the Premier League era over social media using #PL30.

Shearer, who stars in a film looking back on Blackburn Rovers’ remarkable title triumph in the 1994/95 season, said: “It’s incredible to think that it is 30 years since the first ball was kicked in the Premier League. I can clearly remember that opening weekend of fixtures, and the anticipation for both players and fans.

“The Premier League has developed so much over the last three decades and I feel very lucky to have enjoyed the playing career I did, winning the title with Blackburn Rovers, fulfilling my boyhood dream of playing for my hometown club Newcastle United and setting the record as the highest Premier League goal scorer.

“The fans are a huge part of the Premier League’s success. I’ve been cheered on by them on the pitch, and I’ve seen the passion that people all around the world have for their clubs. I’ve also witnessed first-hand the incredible range of community work that takes place across the country, and the positive impact this.”

Former Premier League players Michael Owen, Jamie Redknapp, Micah Richards and Teddy Sheringham, along with West Ham United midfielder Declan Rice, feature in a PL30 advert, which will be broadcast on television and online. This will launch on 12 August and captures the magic of the last 30 years while looking to the future through the eyes of a young fan.

All Premier League fixtures between 13 and 22 August will be dedicated to the 30th anniversary, giving clubs an opportunity to celebrate their own history in the competition.