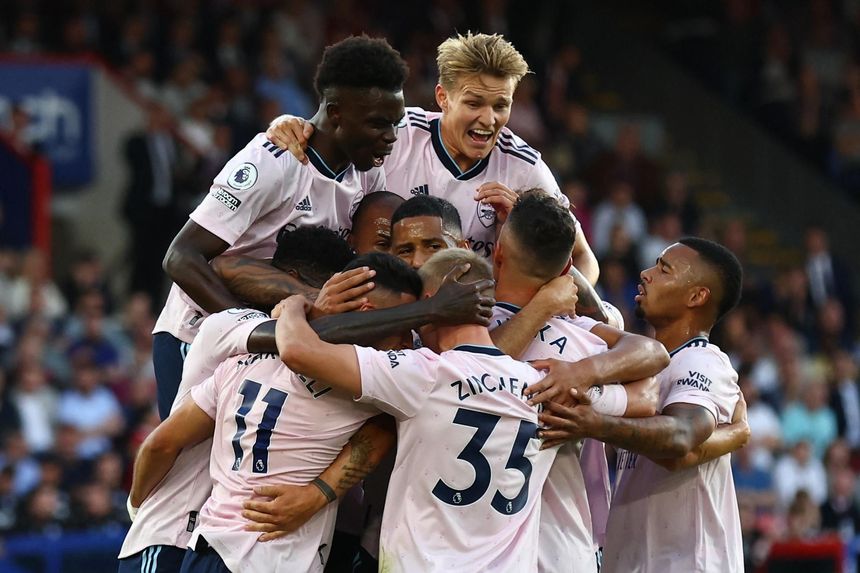 Wright: Saliba dealt with everything Palace threw at him

Arsenal opened the 2022/23 season with a hard-fought 2-0 win over Crystal Palace at Selhurst Park.

The Gunners went in front on 20 minutes when Bukayo Saka's corner was nodded back across goal by Oleksandr Zinchenko, making his Arsenal debut, and Gabriel Martinelli headed in to become the first Brazilian to score a season-opening goal.

Arsenal goalkeeper Aaron Ramsdale was called into action in either half as Palace pushed for an equaliser.

"He made two great saves," said former Arsenal midfielder Emmanuel Petit. "They were crucial for Arsenal."

But, with five minutes left and against the run of play, Arsenal added a second as Saka's cross was turned into his own net by Palace defender Marc Guehi.

The attention now turns to Saturday's action, where Mohamed Salah will be aiming to score for a sixth successive opening weekend when Liverpool start the day with their trip to promoted Fulham.