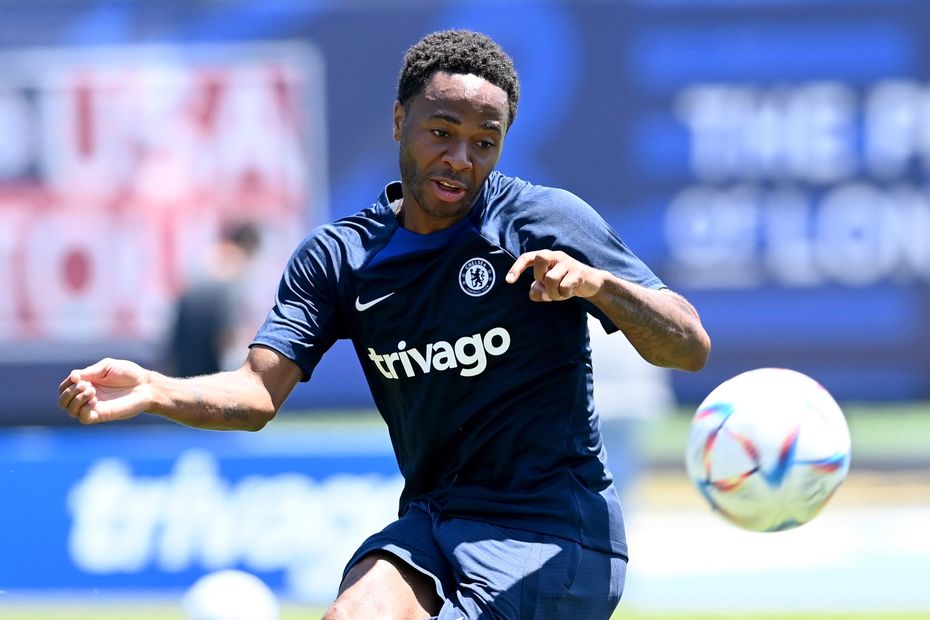 As the Blues' recruit prepares for his first pre-season outing, Adrian Clarke looks at his qualities

As Raheem Sterling prepares to make his first pre-season outing for Chelsea against Charlotte at 00:30 BST on Thursday, Adrian Clarke looks at the impact he can make for the Blues.

Sterling is a proven Premier League star with the credentials to be a great fit for Chelsea.

As he is able to shine in either of two inverted winger roles within Thomas Tuchel’s preferred 3-4-2-1 formation, or as a dynamic central striker, Sterling should have no issues settling in to a new style of play.

Sterling is accustomed to solving problems against opponents’ low defensive blocks but will also fit equally well in a Chelsea side who place greater emphasis on transitions than he experienced at Manchester City.

The 27-year-old guarantees goals and assists, an area that Chelsea have needed to address since Eden Hazard left in the summer of 2019.

Provided that he receives quality service, Sterling should deliver plenty of major contributions at Stamford Bridge.

Despite being consistently rotated over the course of the last five seasons, he supplied 112 Premier League goals and assists, 11 more than the aggregate of Chelsea’s leading contributors in each of those campaigns.

Although there has been a slight downturn in the last two seasons, Sterling remains a huge threat inside the final third.

Early on in his career, Sterling’s performances in front of goal were criticised, but working with Pep Guardiola helped to improve his finishing.

He has shown greater consistency, with a ruthlessness in front of goal that has reaped double figures in each of the last five Premier League campaigns.

In four of those five seasons Sterling’s conversion rate was ranked in the top 10 for players who scored at least 10 goals, never dipping below 20 per cent.

Last season he was third for players who scored 11 or more times, with a respectable 28.3 per cent strike rate.

Tuchel has recruited a forward who has developed a lethal edge.

While there is still plenty of time left in this window to fill that void, Tuchel may consider Sterling as a striker option to be deployed down the middle.

He has sporadically performed that role in the past, but usually in more of a “false nine” capacity.

*over the last two seasons

Sterling is arguably better when starting out wide and making out-to-in diagonal runs to arrive late inside the box.

Towards the end of 2021/22 Tuchel used a 3-4-1-2 shape that featured twin strikers. This would perhaps suit Sterling more than playing up top on his own.

Sterling’s most likely role will be on the left of a three-man attack, joining in as a second centre-forward at various intervals.

Provided that he adapts to his new surroundings, Sterling will enhance Chelsea’s goal threat in 2022/23.

His pace and dribbling skills force defenders to backpedal, and this should help to provide added penetration for the team.

Mohamed Salah is the only Premier League player to have enjoyed more touches inside the opposition box per 90 minutes last season.

Tellingly, in 2021/22, despite it being not one of his best, Sterling still scored at a much faster rate than anyone in Chelsea’s team.

Wherever he plays in Tuchel’s forward line, Sterling will strike fear into Chelsea’s opponents.