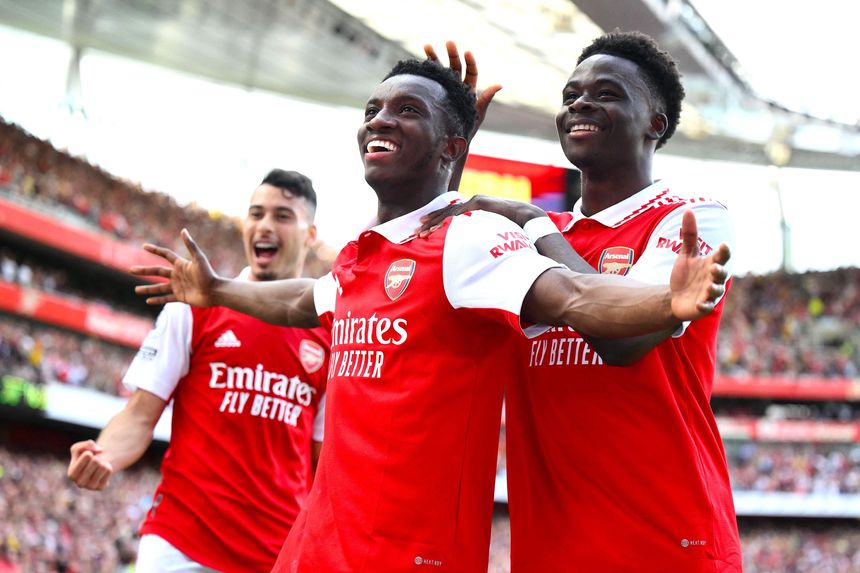 All you need to know for 2022/23’s opening weekend
Classic goals from Matchweek 1's fixtures
Will Palace cause more misery to Arsenal in opener?

Luis Suarez. Ruud van Nistelrooy. Alan Shearer. These are just a few players who have gone down in history by scoring the first goal of a Premier League campaign.

As the new season begins, we can start to ponder who might add their name to this exclusive list.

Sergi Canos netted the opening goal of last season in Brentford's 2-0 win over Arsenal, and the first strike of 2022/23 could well involve the Gunners because they kick off the new campaign at Crystal Palace on Friday 5 August.

In fact, in three of the last five seasons the opening goal has been scored either for or against Arsenal, with Alexandre Lacazette making history in that time by becoming the only Premier League player to score the first goal of a season on more than one occasion.

Make sure to tune in early!

History suggests we will not have long to wait for the first goal of 2022/23.

In each of the last 14 seasons it has come in the first half of the opening match, and in four of the last five campaigns it has arrived by the eighth minute.

Indeed, the average time it takes for the first goal of a Premier League season to arrive is just 22 minutes! So, make sure to be in your seat early on 5 August!

Will Palace join the party?

While Arsenal have scored the opening goal of four Premier League seasons, Palace will be looking to do so for the first time.

But, if defences are on top at Selhurst Park and we have only the second ever goalless draw in a season's opening match (the other time being in 2010/11), attention will then shift to Craven Cottage.

That is where Saturday's first match will take place as Fulham host a Liverpool side who have scored the opening goal of a season more than any other team in Premier League history, doing so five times.

They last did so against another promoted opponent, Norwich City, in 2019/20 when they went on to win the title.

Who will score the first goal with the new Nike Flight #PL Ball? ⚽️ pic.twitter.com/lBIecljR5s