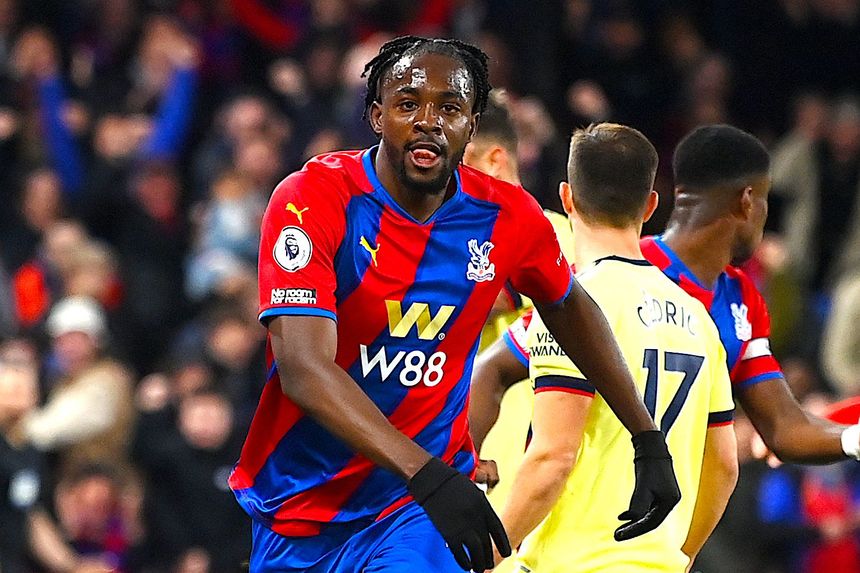 Arsenal kick off the Premier League campaign with a Friday night opener for the second successive season, travelling south across the River Thames to face Crystal Palace.

Gunners legend Patrick Vieira got the better of his tactical duel against Mikel Arteta on both occasions when their respective sides met last season.

The Eagles were unlucky to have to settle for a 2-2 draw at Emirates Stadium, conceding a stoppage-time equaliser having outplayed Arsenal for much of the contest.

In the return, Palace dominated in a 3-0 success at Selhurst Park.

The visitors were physically overpowered in what proved to be a damaging late season defeat.

Vieira’s approach in both matches against his former club was to make fast, aggressive starts.

Home and away, Palace succeeded in unsettling Arsenal with their high intensity pressing, especially early on.

Unable to find any kind of flow, Arsenal were knocked out of their stride, misplacing numerous passes.

In recent seasons, Palace have proved to be very awkward opponents for Arsenal.

Losing just one of their last eight encounters with them, the Eagles have earned five draws and two victories against them since the start of 2018/19.

Arsenal have really struggled to deal with their power and pace across those campaigns.

Palace have averaged 1.75 goals per match against Arsenal in those contests, scoring two or more goals in five of the eight meetings.

Recent history suggests this will be a strong test for Arteta’s men on August 5.