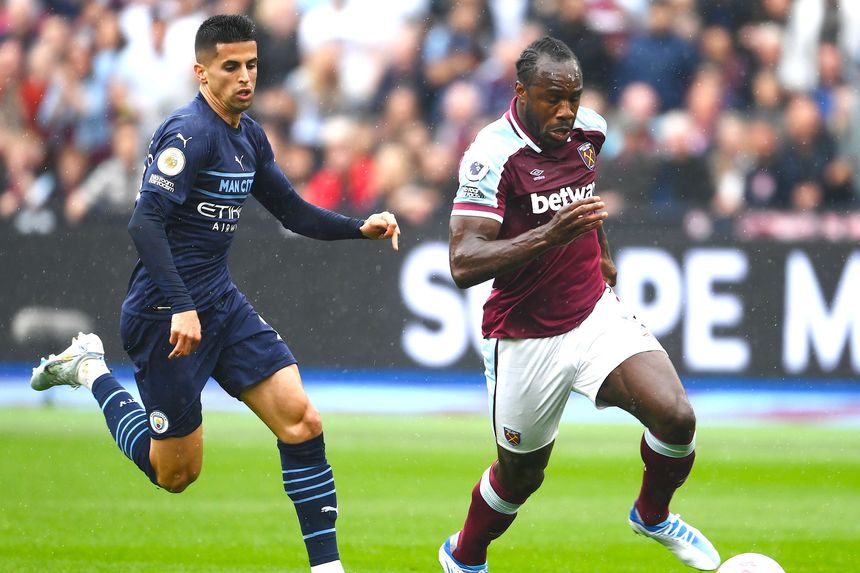 Champions Manchester City make a swift return to West Ham United on the opening weekend having shared a four-goal thriller at the London Stadium in their penultimate match of 2021/22.

It will be the sixth season in a row that Pep Guardiola’s side open their campaign away from home – and in four of the last five years they have played in the capital on Matchweek 1.

Last term, they were caught cold by Tottenham Hotspur, going down to a 1-0 defeat, but they claimed victories in all those other away-day openers.

Man City started 2019/20 with a trip to the Hammers and triumphed 5-0 courtesy of a Raheem Sterling hat-trick, along with goals by Gabriel Jesus and Sergio Aguero.

While City will understandably start as favourites, West Ham have held their own against them in recent years.

Guardiola’s outstanding side have drawn on each of their last three visits to London Stadium in all competitions, including a penalty shootout loss there in last season’s EFL Cup.

So, if City drop points it will not be a huge surprise.

Since returning for his second spell in charge of West Ham in December 2019, David Moyes has not suffered a single heavy defeat at the hands of City.

All three defeats were close and City have yet to score more than twice.

Jarrod Bowen’s pace and directness on the counter-attack caused City huge problems when they last met.

Scoring a brace that day, City will need to be careful not to be caught out with a high, square backline that he can exploit.

Michail Antonio has also been a thorn in their side in previous meetings. The Jamaica international has netted in two of their last four contests.

This encounter will attract plenty of attention for the likely Premier League debut of new City signing Erling Haaland.

The striker arrives having scored 114 goals in 116 club appearances for Borussia Dortmund and RB Salzburg across the last four seasons.

His power and pace will certainly add a new layer of penetration to City’s attack and West Ham will have to focus very hard to keep him at bay.

Haaland also likes the opening day of a new campaign.

He scored twice in a 5-2 win for Dortmund against Eintracht Frankfurt in his first start last term, having netted two goals the year before in his former club’s opening day 3-0 success against Borussia Monchengladbach.

City will hope their new recruit can hit the ground running once more.

Part 1: Will Crystal Palace cause more misery to Arsenal?