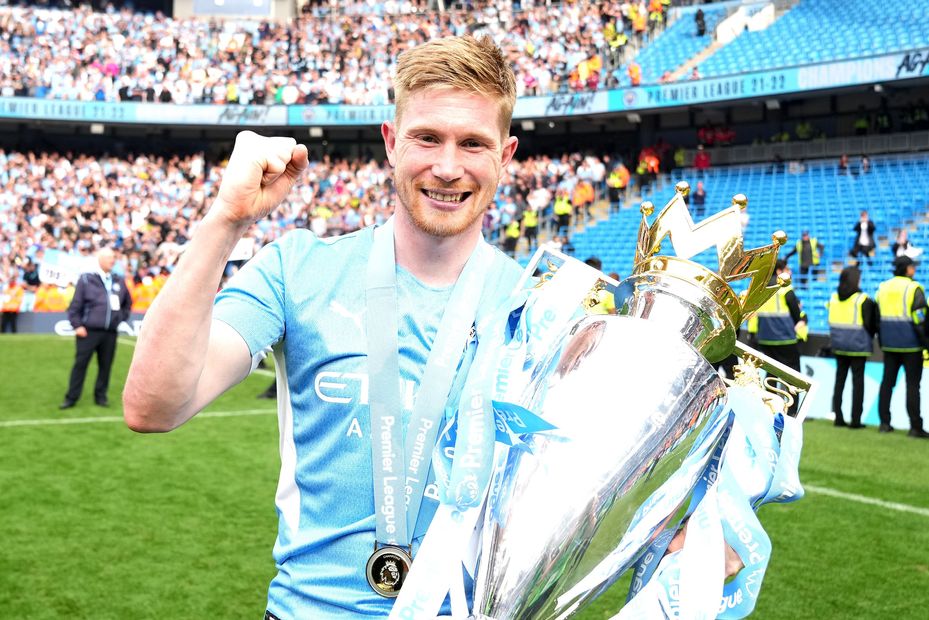 De Bruyne’s appeal as the go-to premium midfielder in 2022/23 Fantasy Premier League will be boosted by the arrival of Erling Haaland at Man City.

The midfielder enjoyed an outstanding second half of 2021/22, after injury restricted him to only five starts in the first 16 Gameweeks.

De Bruyne's total of 165 points from Gameweek 17 onwards placed second only to the 177 of Tottenham Hotspur's Son Heung-min among all players.

The signing of Haaland, meanwhile, solves Pep Guardiola’s search for a centre-forward following the departure of Sergio Aguero at the end of 2019/20.

See: How Haaland will take Premier League by storm

That could be good news for De Bruyne’s prospects in Fantasy, who earned only eight assists last season, despite creating a team-high total of 87 chances.

Indeed, only 9.2 per cent of the chances De Bruyne created led to goals in 2021/22, with Guardiola regularly using a “false 9” formation to compensate for the lack of a centre-forward.

The Belgian's average dropped from 15.6 per cent across the playmaker’s previous four seasons as a regular for Guardiola.

This suggests that De Bruyne’s range of passing, and the spaces he is able to occupy, can prove even more productive in a system where City play with a traditional forward.

The 21-year-old scored with 28.3 per cent of his shots in his two Bundesliga campaigns with Borussia Dortmund.

Indeed, that was more than double the 12.5 per cent of Gabriel Jesus, City’s only regular starting forward in Fantasy.

Despite winning the title, City were without a reliable scorer, with De Bruyne among only three players who managed double-figures for goals in 2021/22.

Haaland’s signing looks set to solve that problem for City, with chief creator De Bruyne now a major rival to Liverpool's 2021/22 Playmaker of the Season winner Mohamed Salah and Son as the best premium midfielder in Fantasy next season.

Remember, you can find out who De Bruyne, Haaland and their City team-mates will face next season when the 2022/23 fixtures are released on premierleague.com this Thursday at 09:00 BST.